A Baroque mansion built in the early 18th century, Calke Abbey is a National Trust property in Ticknall Derbyshire. The story of a reclusive family, who had little contact with each other and the outside world, has been at the heart of the narrative around Calke for more than 30 years.

When the house was handed to the National Trust in 1985, many of its rooms had been abandoned for decades and were in a state of rapid decline. This, plus Calke’s remote location and other-worldly atmosphere, helped to perpetuate the idea of a family hidden away.

Professor Suzanne MacLeod, Professor of Museum Studies, has led a team of researchers from the Research Centre for Museums and Galleries (RCMG), the National Trust and volunteers, to explore how cultural organisations can play a part in tackling the contemporary challenge of isolation and loneliness and to drive a process of change and development at Calke.

A comprehensive study of diaries, letters and other archive material soon revealed that previous portrayals of Henry Harpur – The Isolated Baronet – and his descendants were largely inaccurate. Instead, powerful stories of great love, compassion and kindness were uncovered. 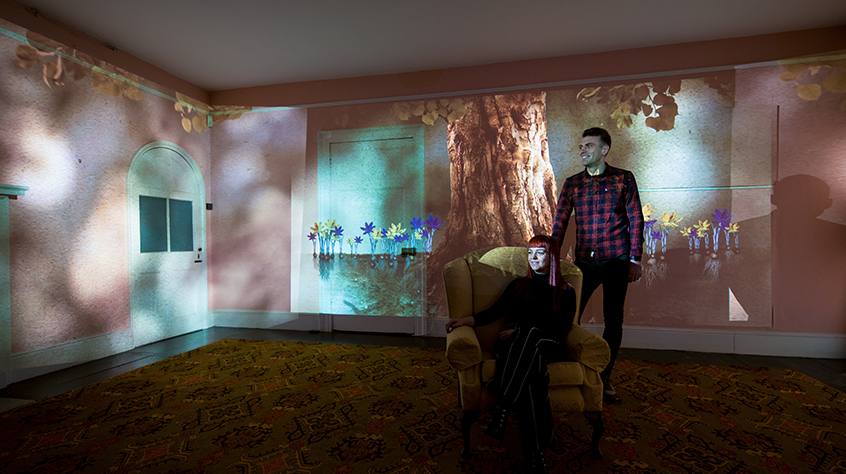 This research has led to the creation of a two-year exhibition at the Abbey. Running from Saturday 2 March 2019, HumanKind is an immersive experience which will tell the stories of six interesting, kind and complicated people, all of whom experienced moments of loneliness and isolation, but always as a result of their complex life experiences rather than their personalities.

HumanKind uses these new stories and insights to challenge the stigma that surrounds loneliness and isolation and to get people talking. Small interventions across the site have been designed to foster interaction between visitors and volunteers. New seating will encourage conversations, as will Chatty Cafes in Calke’s restaurants. A HumanKind Pledge Wall will also encourage exhibition visitors to pledge an act of kindness or self-care after their visit has finished.

The project has led to new ways of working and thinking at Calke that the team plan to take into the next stage of their work at the site.

Professor MacLeod came to the School of Museum Studies in 1997 after undertaking a BA in History of Art and Architecture and an MA in Art Museum and Gallery Studies, both at the University of Manchester. Before that, she trained and worked for seven years as a graphic designer. Professor MacLeod is Professor of Museum Studies and works with the RCMG on a strand of research exploring how design can be harnessed towards the social roles and responsibilities of museums and galleries.

Partners: RCMG was commissioned by the National Trust at Calke Abbey to work in collaboration on this research project

Timeline: Stage 1 ran from October 2017 to March 2018 and provided Calke Abbey with a framework for programming at the site around the theme of loneliness and isolation. Stage 2 runs through to June 2019 and puts the three key areas of activity from the Framework into action.