The history of tobacco and our health

With the harmful nature of tobacco noted from the earliest days of its use, how did it become one of the first truly global commodities, and arguably history’s most deadly habit?

Smoking tobacco is widely known to have huge impacts on our health, yet it is still widely available with an estimated 1.3 billion users across the world. It is thought that tobacco kills up to half of its users, with more than 8 million tobacco-related deaths recorded each year. Researchers at the University of Leicester are investigating how tobacco use became so firmly embedded in Western European cultures, with results that could guide us in how to manage newly-emerging substances that could present a similar risk to public health.

Tobacco was introduced to England in the 16th century, at which time it was purported to have huge and varied medicinal properties, its use becoming commonplace by the 17th century. Originally the preserve of sailors and adventurers, in the early days of its use it granted smokers an air of worldliness and intelligence.

Although the clinical studies of the 1950s are often cited as the first point that the health impacts of tobacco became widely known, resistance to the use of tobacco first arose soon after its introduction, with some of the earliest known health warnings about excessive tobacco use dating back to 1603. Scholars through the centuries continued to highlight the dangers associated with tobacco. In the 18th century, physicians across Europe and America noted the link between chronic pipe use and snuffing with nose and mouth cancers, and animal experiments in the 19th century demonstrated the poisonous nature of nicotine.

With the harmful nature of tobacco noted from the earliest days of its use, our research explores how it still became one of the first truly global commodities, and arguably history’s most deadly habit.

With an interdisciplinary approach that encompasses osteoarchaeology, bioarchaeology, paleopathology, chemistry, sociology and history, Dr Inskip delves into the past to find out how tobacco use became a global phenomenon that is still widespread today, and how it has affected human health through the centuries.

The wider project team builds on this interdisciplinary approach, boasting expertise from a palaeopathologist who provides insight into diseases found in skeletons, their dental health and nutrition; and an analytical chemist who uses a biochemical approach to detect tobacco use in bones.

Commenting on her innovative approach, Dr Inskip says: “This is a complex issue that could only be resolved with an innovative interdisciplinary approach." 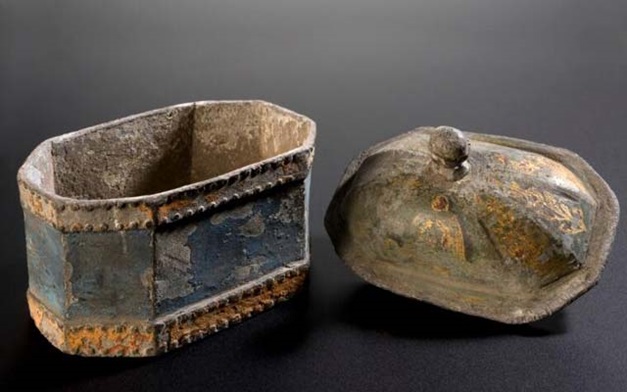 There is a huge opportunity here to improve the way in which researchers of past populations interact with other disciplines and to produce impactful and exciting research that crosses disciplinary boundaries.

Dr Inskip will amass over 500 years’ of records, clinical data from the 1900s onwards and the results of the first major clinical studies linking cigarettes and cancer from the 1950s. Using this data – and analysis of over 1,000 skeletons - Dr Inskip and her team are investigating whether human populations were affected by tobacco at a biomolecular level prior to the first published studies.

Industrialisation is widely considered to be the first driver of lung disease and associated health issues in the post-medieval period. To separate the effects of tobacco from the effects of industrialisation on health, the team are comparing data from rural and industrialised areas where tobacco use had become embedded in society. The team will analyse the skeletons of 1,000 individuals from locations in England, which was industrialised and where pipe smoking was common; the Netherlands, where pipe smoking was common but the country was less industrialised; and Spain which was industrialising, with tobacco more commonly used in cigars, cigarillos and snuff.

Early results have linked pipe smoking with dental health problems in the Netherlands – with notches worn in the teeth from the mouthpiece of pipes, which in this period were made from abrasive materials. Individuals show high levels of dental caries and tooth loss in comparison to pre-tobacco populations.

Further results have since revealed certain health effects found in the analysis of bones that couldn’t solely be attributed to industrialisation, revealing notable gaps in our understanding of health issues from this era. Using the latest scientific advances, Dr Inskip reviews the historical data in line with current thinking around tobacco and health to account for these discrepancies.

Sarah explains further: “By re-evaluating our understanding of the early modern period through the lens of new scientific techniques we can gain much greater insights into the effects of early industrialisation and tobacco use on human health.”

One line of investigation into how this became the case is exploring the socio-economic factors that led to the proliferation of tobacco use. One of the most famous individuals to denounce the introduction of tobacco was King James the VI of Scotland and I of England. In his 1604 ‘Counterblaste to Tobacco’ he lambasted smoking both for its physical effects and its negative impact socially, economically and morally. In response to its increasing popularity, he introduced prohibitive levels of taxation on tobacco, which not only failed to halt its spread but also raised significant funds for the crown, the tobacco crop becoming increasingly lucrative for business and the state.

Over time, tobacco became inextricably interwoven into social practices and ideas of masculinity and intellect. Exploring how these factors played a role in tobacco’s spread is crucial in understanding how it was able to cause so much harm and provide valuable insight into tobacco control today.

Dr Inskip’s research project is the first to look at the long-term consequence of tobacco use in a population. The findings will help medics and policy makers to better understand modern health dilemmas. The approach Sarah has taken in researching tobacco could be applied to other substances such as sugar; and could guide policy around newer substances such as e-cigarettes and vaping.

Matters of the heart

Professor Thompson Robinson is setting the standards in stroke treatment.