Major trauma or life threatening injuries is the most likely cause of fatality in children and adults up to the age of 55 in the UK, causing some 3,000 hospital deaths a year. The question for an already overburdened NHS is: how do you reduce this mortality rate?

Researchers at the University of Leicester have been looking at this issue since 2013. To find answers they began analysing the Trauma Audit Research Network (TARN) database, which holds records of the overall state of patients on their discharge date from hospital.

Big datasets such as TARN, however, are full of holes. Missing data is of course inevitable in busy, fast-paced healthcare settings such as accident and emergency departments where doctors don’t have the time or resources to keep an accurate record. 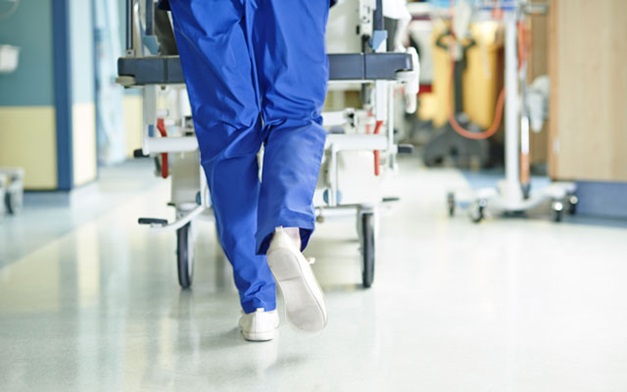 More than 11% of patients with life threatening injuries are not accounted for in healthcare data mortality estimates. Researchers at the University of Leicester analysed one of the biggest healthcare datasets in Europe to find answers and solutions to improving patient outcomes.

But a further challenge is that the patient’s state after major trauma is assessed on the basis of their survival 30 days after the initial injury. However, within this period, some patients are discharged or transferred to other hospitals resulting in incomplete information. This results in records with missing outcomes either being ignored or taken as survived.

The team’s research on the TARN database revealed that the data on more than 11% (around 19,289 patients) of the patients are not accounted for in mortality estimates. Professionals therefore have a biased view of outcomes and may draw the wrong conclusions about how best to treat patients.

The team of data scientists and mathematicians, led by the University of Leicester's Professor Alexander Gorban and Professor Evgeny Mirkes, identified sources of bias within the data to help healthcare workers compensate for these gaps in knowledge and make better predictions about patient survival.

They developed new models that account for missing data in clinical records, which, when implemented, provide a clearer picture of recovery, death, and transfer between hospitals.

The team’s research on the missing data and more accurate modelling has directly improved the accuracy of hospital performance assessments nationwide. In particular, the team showed that ignoring missing data overestimates the rate of mortality by 12% (200 deaths per year). As a direct consequence, NHS hospitals across the UK are now being assessed based on more accurate information.

Chair of TARN, Professor Tim Coats, says the research will have a significant impact on not only individual patient treatment but also the efficiency of how healthcare is delivered in the NHS.

The Professor of Emergency Medicine at Leicester Royal Infirmary explains: “If we know how long a person is going to stay in hospital for the weekend, we can start planning bed usage better. And at the moment with all the pressures on the NHS, that allows us to be more efficient in trying to get on top of the waiting lists that are currently at record levels.”

The team also looked at another dataset which predicted how long children will stay in hospital when they come in as an emergency. They found that there was also a lot of missing information in that database and surprising sources of bias by clinical staff - for example, nurses’ ‘gut feeling’ is one factor used to determine a child patient’s care.

Nevertheless, the researchers’ rigorous study confirmed that despite the subjective nature of some of these decision-making factors, the current system based on the Paediatric Observation Priority Score (POPS) is still a reliable indicator of a patient’s stay in hospital.

Professor Evgeny says this was unexpected and Professor Coats agrees. “One of the surprises in the data on paediatric length of stay prediction was that [POPS] actually worked quite well,” he says. “If you take some basic information when the child comes into hospital, you can pretty well predict how long they're going to stay. And I didn't think that we would be able to do that because there are so many other factors that might be involved.”

Understanding the impact of statistics

Professor Evgeny, however, warns that while their results can of course be interpreted on an individual level, they are more meaningful when considered on the group level.

He says: “For example, let us consider a patient with a 99% probability of survival. But this patient died. The usual reaction would be to blame the predictive modelling system and say it must be wrong or the doctor or made a mistake. It is not true. Probability of 99% means that on average, one in 100 patients died. So this shows that statistics should be considered only for relatively big groups.”

What’s the wider impact of the results?

Professor Evgeny says while the datasets analysed in this study are very specific, the findings can be applied for any healthcare database.

Professor Coats says there are a number of national clinical audits that he is now working with Professor Evgeny and his team at the University of Leicester to analyse. For example, audits in cardiac surgery, cardiac disease, respiratory disease, mental health and so on.

“We could apply the same sort of approaches in all of these different areas where there are large disease-based national datasets that are now being built,” he says. “So there is a potential for taking this method and saying OK, we know that we can improve trauma care in these ways. Can we do the same for cardiac care? Can we do it for respiratory care? And that's really quite exciting.”

Professor Coats and the mathematics team at the University of Leicester are now taking this research further, applying the same sort of methods that were used previously to try to improve patient reported outcome measures (PROMs) which assess the quality of care delivered to NHS patients from the patient perspective.

Doctors, he explains, measure success of treatment by whether they lived or died, got out of hospital and so on. But that's not success. Success is whether the patient thinks that they are back to being able to do things that they want to do in their lives.

He says: “If we set up healthcare systems to just maximize the number of survivors, which is our audit system at the moment, that's not really hitting what patients and the public want.

“So Proms surveys patients on their views about six months after the injury and what we've been doing at the university is trying to predict what the outcomes are going to be earlier on. We hope that will enable therapists to tailor an individualised program for each patient to try and maximize their outcomes.”

Why care about healthcare research?

Because, says Professor Coats, “it's the ability to better understand what's happening to patients in the system, and then change the system to make outcomes better. And that actually affects all of us because we're all patients in the NHS at some time in our lives.”

He adds: “Having systems in place that are looking at the quality of the outcomes patients are getting, and trying to change what's happening to improve those outcomes, is why people should be interested in health care research.”

Professor Jacqui Shaw is leading the way with crucial research into new ways of detecting Cancer.

Understanding the ecology and molecular biology of bacteriophages