Pollution and antimicrobial resistance are two of the major global challenges currently faced, according to the World Health Organisation.

Air pollution prematurely kills estimated 7 million people each year Air pollution is considered by WHO to be the greatest environmental risk to public health.

Several projects are currently on-going at the University of Leicester with regards to the synergy of pollution, microbiology and human disease, particularly respiratory disease such as COPD and asthma. 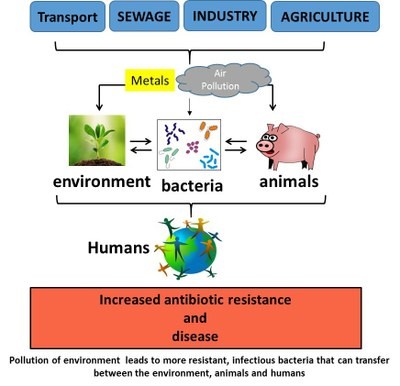 The work of Dr Julie Morrissey and colleagues at the University of Leicester, involves the elucidation of how bacteria adapt to air pollution and metal stress including anthropogenic metal pollution of the environment, and how this has impact on bacterial survival in a host and in the environment, and drives antibiotic resistance.

In 2017, the Environment Microbiology accepted a ground-breaking paper written by researchers at this university, showing that air pollution has not only significant effect on bacteria, but that this significance was previously overlooked.

This ground-breaking research has shown that showed that a major component of air pollution, Black Carbon (BC) altered two pathogenic bacteria Streptococcus pneumoniae and Staphylococcus aureus biofilm formation, structure and function upon exposure to air pollutants. (Hussey et al.) The biofilms increased in thickness and complexity, and had altered antibiotic resistance.

Dr Morrissey and colleagues also showed that BC alters bacterial colonisation in the host with S. pneumoniae showing increased spread from the nose to the lungs in the presence of BC.

These are the questions our academics have begun to answer, continuing to work in this novel field. 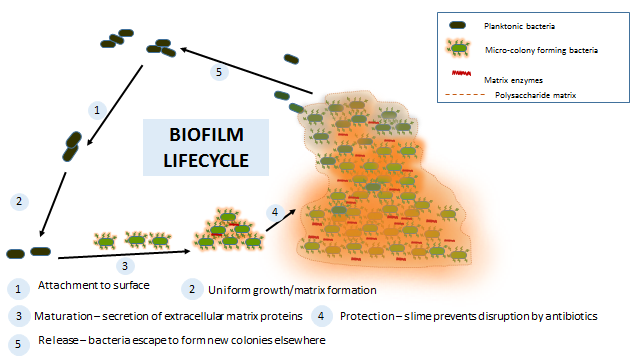 Dr C Pashley works in association with the Midlands Asthma and Allergy Research Association (MAARA). Environment samples have provided pollen counts and fungal spore records for more than 40 years. Dr Pashley’s work is extremely relevant as the fungi Aspergillus fumigatus is a known allergen, in which asthma sufferers are more susceptible to, highlighting a microbe-disease relationship.