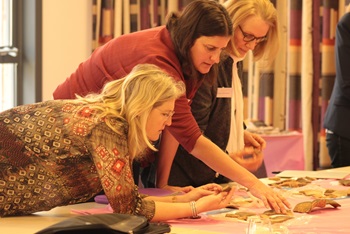 This workshop was aimed at exploring technological change in Garamantian hand-made pottery as a proxy for exploring the existence of, and establishing the degree of, trans-Saharan interconnectedness. A group of scholars at the forefront of ceramic analysis in Africa were invited and given the opportunity to examine first-hand a selection of Garamantian hand-made pottery and compare it to ceramics from their own regions of expertise, which they kindly brought to the meeting. Three pre-circulated stand-alone papers under the general preliminary title of “Garamantian hand-made pottery: technological change and stylistic exchange in a Trans-Saharan perspective”, authored respectively by Maria Gatto, Anne Haour and Kevin MacDonald set the agenda for the discussion.

Three technological traits of the Garamantian pottery have been defined as significant as a package for detecting technological transfer with West and sub-Saharan Africa: the use of roulette technology and tools, the use of grog temper, and the use of a painted cross-hatched decorative pattern. The need for further analysis in the shaping technology has been addressed in order to investigate the south-north trajectory. Gaps in the current knowledge of West and sub-Saharan African pottery assemblages did not permit the full exploration of the meaning, timing and nature of such transfer. 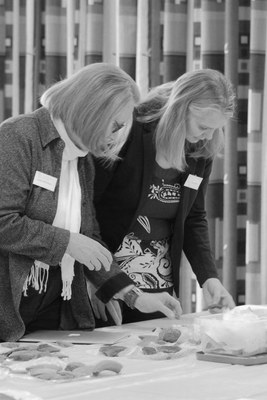 Attendees at the workshops were: