A major project that seeks to investigate the nature and consequences of the inter-connectivity of the Trans-Saharan zone in the Pre-Islamic period. 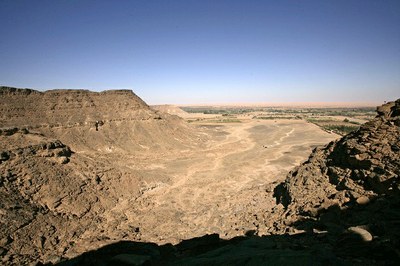 The Garamantes of Fazzan, Libya were an indigenous Saharan society with towns, oasis agriculture and trading contacts with both the Mediterranean and Sub-Saharan Africa. Generously funded by the ERC, this five-year project builds on previous archaeological research (The Fazzan Project, Desert Migrations Project and Peopling the Desert Project) to understand the place of the Garamantes in the pre-Islamic Sahara.

Trans-SAHARA is built around a series of research themes designed to explore the degree of interconnectedness or comparative isolation of the Central Sahara from neighbouring regions to north, east, south and south-west:

Our four research themes formed the basis for two double-themed conferences focusing in April 2014 on (1) the extent and commodities of trade and (2) evidence of human migration and identity formation as revealed by funerary archaeology; and then in April 2015 on (3) the nature of state formation and urbanisation and (4) technological change and identifiable markers of technology transfer. See reports on the conferences.