Wounds to the lower jaw and right cheek (injuries 7-8) 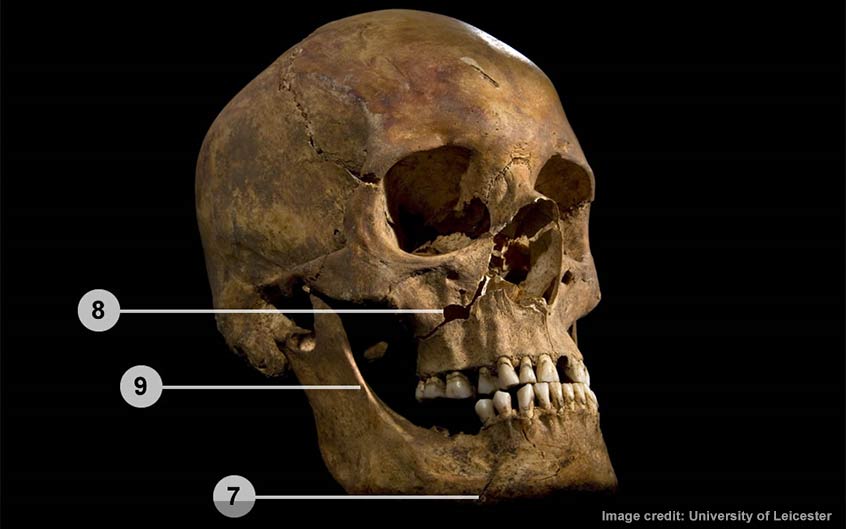 A blade has cut the right side of the chin. 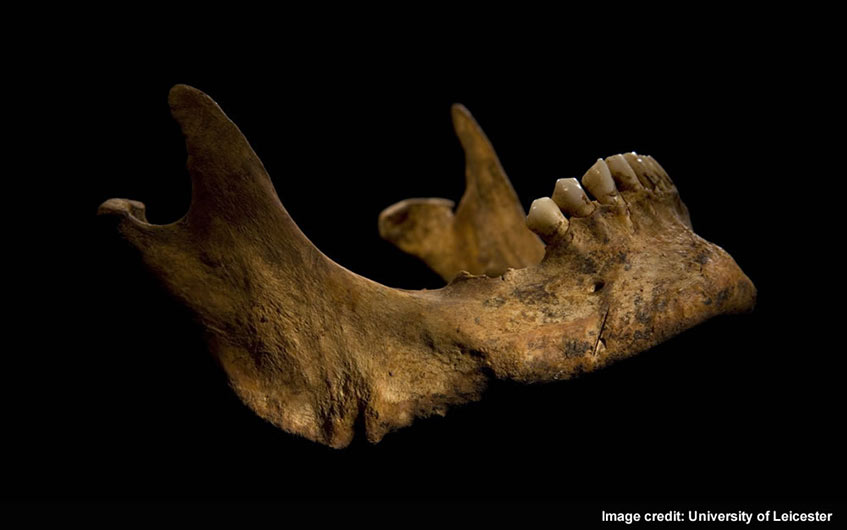 This rectangular hole may have been caused by a dagger or similar implement piercing the skull. This has gone right through and out at the side of the cheek.

None of the skull injuries would have been possible to inflict on someone wearing a helmet of the type favoured in the late 15th century. Although it cannot be proved, it is possible that wounds 7 and 8 (and possibly 3) may have been symbolic ‘punishment blows’ delivered to the King’s body after death. Whilst there are wounds to the face, the King’s face would have remained recognisable, which would have been important if he was to be publicly displayed. 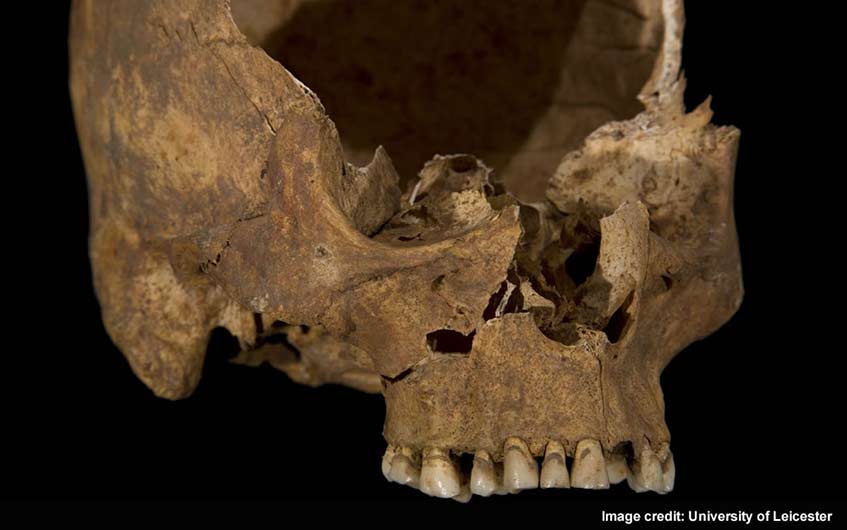 Injuries to the mandible, rib and pelvis