This is a revolutionary approach to treating bacterial infection without antibiotics — with the potential to transform patient care across the globe.

Bacteriophages are naturally occurring viruses which can destroy specific strains of bacteria. The majority of us would associate a virus to be something that can harm us, such as coronavirus or ebola – however these trillions of viruses, derived from places like our oceans, mud or even excrement, attack strains of bacteria that harm us. 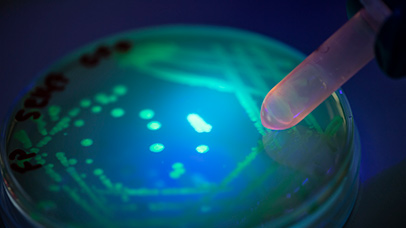 A true Citizen of Change, Professor Clokie’s ground-breaking work has led to the discovery of bacteriophages that destroy antibiotic resistant strains of some of the most resilient superbugs in existence, such as Clostridium difficile (C. diff) – deadly bacteria commonly found in hospitals that infect the bowel and cause life threatening illness.

The antidote to these ‘superbug strains’ were the phages that Prof Clokie dug out from soil within salt marsh estuaries in Hampshire, which are able to destroy the most serious strains of C. diff.

This remarkable discovery opens up huge potential for preventative or treatment work with patients in hospitals. Patients could be offered a cocktail of phage viruses in pill or drink form, which would then destroy the presence of C. diff in the gut preventing infection.

“Every bacteria has sets of viruses that can eradicate them, and these viruses are all around us. It is just a question of finding the ‘right’ ones with the properties we need. Phages are the most abundant biological entity on earth, with 10³¹ in total - it is extraordinary to think that just even 1ml of sea water contains up to a million of these viruses” explains Professor Clokie.

Phages work by injecting their own DNA into bacteria, then turning them into ‘phage factories’ as they reproduce within the bacteria. Once the virus has killed the bacteria and made lots more bacteriophages, the bacteria is opened up to release the new phages, which in turn find new bacteria to kill. 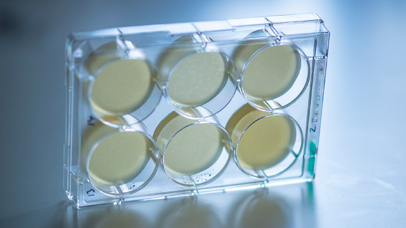 Her interest in bacteriophages piqued whilst studying variations of blue green algae, particularly how the presence of naturally occurring viruses affected the bacteria present in the water. She joined the University of Leicester in 2007 as a lecturer in the Department of Infection, Immunity and Inflammation, and was made a Professor in 2016.

Over the duration of her life’s work, Professor Clokie has collected over 500 such phages stored within her cryogenically stored and patented ‘phage library’ – one of the largest and best characterised in Europe.

As concerns mount about the impending crisis in antimicrobial resistance (AMR), a new approach towards targeting superbugs has never been more urgently needed.

Although the use of antibiotics has formed the bedrock of modern science for almost a century, their overuse has created a prevalence of superbugs like MRSA and C. diff, resulting in a global emergency. It is predicted that if AMR is not treated by 2050, up to ten million lives could be at risk every year.

"We have a real need to find new antibiotics. I want to be part of the effort to take phages as therapeutics for humans and animals and to kill these difficult to treat infections."

Professor Clokie sees the future potential in the use of phages in the treatment of diseases in patients that we currently take antibiotics for, such as encephalitis, Lyme disease and salmonella in animals. In addition, phage therapy could be used in animals to help stop antibiotic resistance being spread to humans through meat consumption.

The pre-clinical trials undertaken for her work researching c. diff have generated a strong evidence base, with which she is seeking to further develop with help from the pharmaceutical industry. Her ambition is to begin trials with patients on preventative care by 2025.

This work has the opportunity to change the way we view, prevent and treat disease – the world is ours to change.

“I focus on developing novel more effective ways of tackling antimicrobial resistant infections using phage-based therapies. For over a decade, I have characterised one of the largest most comprehensive and best collection of phages that target bacteria that can harm humans and animals, and am excited to be part of the phage research team in Leicester to fight drug resistant infections globally and save many lives.”

“I fell in love with bacteriophages during my undergraduate degree while working in a research lab in the USA. I chose to pursue a PhD in phage research because I wanted to work within a field I find fascinating, but that also has impactful applications outside of the lab. I’m really enjoying my PhD research project because it allows me to discover and characterise novel phages, learn a wide range of new techniques across multiple disciplines and contribute to the development of innovative applications of phages in food safety.”