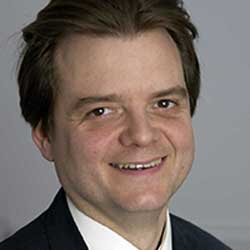 Tor Clark has over 30 years’ experience as a regional and national political journalist. He has edited a series of books on journalism and politics and is frequently invited to provide expert commentary around general elections and media controversies.

The last five years have seen a profound change in the relationship between journalism and politics both in the UK and abroad. Journalists have failed to acknowledge changes in society but politicians have also come to denigrate the role journalism plays in society and democracy. Both these changes can be seen as worrying trends for the general public who rely on good journalism to navigate the politics they need to understand in order to participate in society.

Tor explores these changes in his four most recent books, the latest Brexit, Boris and the Media was published March 2020 and he is currently working on a new book on COVID-19, politics and journalism, due for publication early 2021.

I am interested in virtually all aspects of Journalism and its pedagogy. I am especially interested in political journalism and in the regional media and its relations with government and politics. I have published widely on the UK regional media, its history, current situation and future prospects and a host of other topics concerned with journalism, politics and history in academic journals, magazines, the trade press and newspapers.

As well as editing and contributing to books on the decline of print journalism, the changes to journalism brought by Brexit and the impact of social media on journalism, I have also published journal articles on the regulation of the UK regional press after Leveson and on the pedagogy of Journalism (with Alistair Jones).

In 2017 I toured Australia and New Zealand delivering invited talks on Brexit, Trump and the Media and on the threats to printed journalism.

Clark, T., and Jones, A., (2017) Not What They Want, But What They Need: Teaching Politics to Journalism Students, Teaching Public Administration, July 2017.

Clark, T., (2017) Missing the Biggest Story: The UK Regional Press after Leveson, in the Journal of Applied Journalism and Media Studies, April 2017.