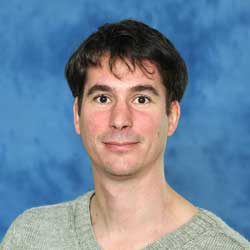 Dr Lincoln is using funding awarded by the Arts and Humanities Research Council (AHRC) to research the urban governance response to the coronavirus in East Asia.

The project explores how municipal governments manage the impact of the pandemic on their populations and how the public respond to these policies. With a focus on the cities of Wuhan and Taipei, the research will track policies to help communities deal with the impact of the pandemic, including help for the vulnerable during quarantine, and aid to those who have lost their jobs. He will also explore how transport systems have adapted to continue to meet the needs of large urban populations, and look at how cities are managing public spaces and institutions such as universities.

I study modern Chinese urban history. Concentrating on the twentieth century, I am particularly concerned with urban morphology, the changing rural-urban relationship and daily life in different environments. Additionally, I work on the relationship between war and the city, the importance of social networks in Chinese history and how ideas about cities have and are being disseminated across East Asia.

I am currently working on two research projects. The first is an AHRC early career research fellowship. The title is Postwar Urban Reconstruction in China 1938-1958. This research explains how urban reconstruction in China during and after World War II (WWII) laid the foundation for the country to become the world's largest urban society. In focusing on the war as a transformative period in the development of China's cities, instead of the Communist Revolution, it writes the country into the global history of urban change throughout the 20th century. This research begins with the Japanese invasion of China in 1937, which is when widespread urban destruction commenced. It ends with the start of the Great Leap Forward in 1958, which marked the intensification of policies to create industrial socialist cities. The second is a summary of Chinese urbanization from its origins to the present, which is under contract with Cambridge University Press as part of its New Approaches to Asian History series. It explores how China's imperial urban civilization has been transformed into the world's largest urban society, focusing on the development of the urban system, changes to urban morphology, and daily life in cities.

Examples of the modules I teach: