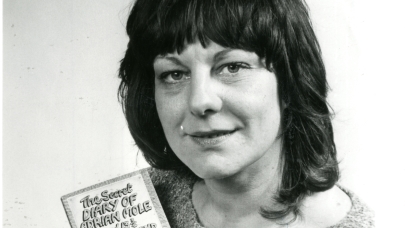 First published 40 years ago, Sue Townsend’s The Secret Diary of Adrian Mole Aged 13 ¾ went on to become one of the bestselling books of the 1980s. Since his introduction in 1982, Adrian’s diaries have gone on to sell over 10 million copies. Townsend’s razor-sharp satire on British politics and society has been adapted for stage, screen, and even a computer game. When she passed away in 2014, she was working on a new Mole novel provisionally titled ‘Pandora’s Box’.

To mark the 40th anniversary of Adrian Mole, the University of Leicester Library are  displaying manuscripts and memorabilia from the Sue Townsend Archive. The exhibition tells the story of the Mole series from its origins in local theatre in Leicester to global publishing sensation. Featuring draft manuscripts, correspondence and Mole-themed merchandise, the exhibition is a must for fans of the series.

Open every day from 9.30am-4.30pm (excluding public holidays and University closure days). The exhibition will be closed during the Christmas period from 3pm on Thursday 22 December until 9.30am on Wednesday 4 January.

Located in the Exhibition Zone on the Ground Floor of the David Wilson Library. Entry to the Library is free but security controlled. Ask for admission to the Special Collections exhibition at reception.