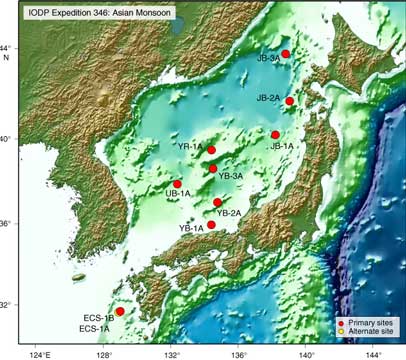 Expedition 346 will core and log seven sites in the Japan Sea and one site in the northern East China Sea. The research plan is oriented toward exploring the relationships between atmospheric processes, rainfall, and oceanic processes through the study of sedimentary succession up to 5 m.y. old. Multiple timescales are targeted in order to assess climate sensitivity variations through time and space.

The main goal of Expedition 346 is to: