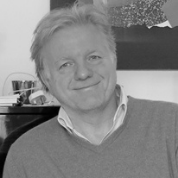 The 2019 David Bradshaw Creative Writing Residency was the result of a collaboration between the Complete Works of Evelyn Waugh project and our partner organisations, Worcester College, Oxford and the Bodleian Library, Oxford. Supporting the creation of new work, the Complete Works project funded one full - time residency and one part - time residency. Both residencies were based in one or both of our partner organisations in Oxford, from April 18th, right through to June 4th, 2019. 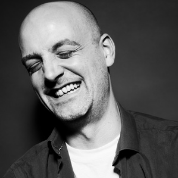 Robert is a writer from Dudley. He recently completed his PhD at the University of Wolverhampton, where he lecturers on the Creative and Professional Writing degree. He's author of four poetry chapbooks: Transitions (The Black Light Engine Room Press, 2015); Orpheus (Lapwing Publications, 2016) Corvus' Burnt-Wing Love Balm and Cure-All (Black Light Engine Room, 2018) and Lamella (Original Plus Press, 2019). 2020 will be an even busier year for Robert as Smokestack Press publish his first full collection and his debut novel will be released with Wild Pressed Books. 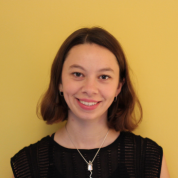 Sophie is undertook a part - time residency and was based in a writing studio at the Weston Library, Oxford. Sophie also delivered a series of Evelyn Waugh - inspired, creative writing workshops, to local secondary school students.

Sophie Swithinbank is a professional London based playwright, and is the 2018 recipient of the Tony Craze Award at Soho Theatre, with whom she is currently developing her play, Bacon. Sophie is also under commission with Bexhill College, writing a play for young people, Where There Is Smoke, which covers themes of sexuality, relationships and transformation. Where There Is Smoke, has had a rehearsed reading at the National Theatre, and will soon tour to schools and three further theatre venues. Sophie writes for Get Lucky Theatre, a company that she co-founded in 2016. See www.getluckytheatre.com for more info. Sophie has also written an audio drama for Theatre 503 that will be launched in May 2019. Previous works include Come Inside (Bush Theatre, 2017) and The Superhero (Lyric Hammersmith, 2017).

Evelyn Waugh’s most famous novel, Brideshead Revisited (1945) continues to inform a romantic image of the city of Oxford in the minds of those who visit, in search of ‘a city of aquatint’.1 Written over twenty years after Waugh left the city, Brideshead remains ‘a hymn to a world he thought was disappearing, both socially and materially.’2

Although Waugh only completed two-and-a-half years of a three-year degree, his time at Oxford University was more than sufficient to absorb the hedonism of student life in the roaring twenties, an experience that would continue to inform his writing throughout his career.

Waugh’s image of Oxford immediately after his departure, however, was less positive. He wrote about the city in ‘great, unflattering detail’,3 reminding us that he did not always remember it with the fondness apparent in Brideshead, and that the novel’s idealised version of Oxford, is just that: a version.

Oxford is a city with many faces where traditional values and ceremony are interwoven with the new – new people, new values, new experiences and ever-evolving socio-economic challenges, including widespread homelessness. Waugh’s tumultuous relationship with Oxford reminds us that one’s relationship with a city is framed through a prism of individual values, circumstances and experiences.

The David Bradshaw Creative Writing Residency will give a writer the opportunity to be based in the city that inspired Waugh, and to create a piece of writing evoked by or in response to that city, as experienced in 2019. The resident writer will develop relationships with the local Oxford community through the delivery of a series of creative writing workshops which will allow the writer to share and develop insights into a variety of experiences of the city.

More about the Complete Works of Evelyn Waugh project

The Complete Works of Evelyn Waugh is an international, five-year, AHRC-funded project which will culminate in the publication, by Oxford University Press, of all of Waugh's writings and graphic art in 43 volumes. The editors of these volumes will place Waugh’s works within their rich literary and historical context, enabling a greater understanding of the range and complexity of Waugh's thinking and artistic practice, linking this to the work of his contemporaries in Britain, America and Europe. No other edition of a British novelist has been undertaken on this scale. The project team has been given permission by the Evelyn Waugh Estate to quote freely from the writer's published and unpublished materials, a privilege never before available to Waugh scholars.

The Complete Works project was initiated by Alexander Waugh, Waugh's grandson, who curates the Evelyn Waugh Archive from his home in Somerset. He is the edition's General Editor, with Professor Martin Stannard (University of Leicester) and Dr Barbara Cooke (Loughborough University) serving as Co-Executive Editors.

A college within the University of Oxford, Worcester is characterised by diversity, with a vibrant academic community of fellows and lecturers, a lively and varied student body, and a group of dedicated staff, all of whom come from a wide range of backgrounds and experiences. Situated in the heart of Oxford, with its many attractions and amenities, the walls of Worcester College enclose 26 acres of beautiful, tranquil gardens. With buildings ranging from medieval cottages to their newest architectural project, the Sultan Nazrin Shah Centre, Worcester boasts a library, chapel and dining hall created by some of Britain’s finest 18th and 19th Century architects.

Worcester College is currently hosting the poet and critic, Stephen Romer as the College’s Royal Literary Fund Fellow. The author of several poetry collections, Romer’s fourth collection, Yellow Studio (2008), was shortlisted for the T. S. Eliot Prize, and his fifth, Set Thy Love in Order, was published in 2017. As well as poetry, Stephen has pursued a career as a translator from the French, editing two anthologies, including Faber’s 20th-Century French Poems (2002). More recently he has published French Decadent Tales (OUP, 2013) and a translation of Yves Bonnefoy’s The Arrière-pays (Seagull, 2012). Stephen’s RLF Fellowship runs from October 2017 until June 2019.

More about the Royal Literary Fund

The Royal Literary Fund Fellowship scheme was conceived with the intention of placing professional writers in higher education institutions to offer writing support to all students. The principal aim of the Fellow’s work is to foster good writing practice across disciplines and media. Each post is hosted by a particular department, which may be an academic department/faculty (either in Arts or Sciences) or a central department such as learning development.

More about Weston Library, of the Bodleian Libraries

The Weston Library is part of the Bodleian Library, the main research library of the University of Oxford. The mission of the Bodleian Libraries is to provide an excellent service to support the learning, teaching and research objectives of the University of Oxford; and to develop and maintain access to Oxford's unique collections, for the benefit of scholarship and society. The combined collections of the Libraries group number more than 11 million printed items, in addition to 80,000 e-journals and vast quantities of materials in many other formats.

Crisis Skylight Oxford is a charity working to help end homelessness in Oxford. Housed in the same building as The Old Fire Station arts centre, Crisis Skylight is an arts, education, training and employment service for homeless and vulnerably housed adults aged over 16. Arts courses and workshops are available in arts and crafts, drama, dance, music and creative writing, while skills courses include painting, bike maintenance and carpentry. Crisis members can also undertake qualifications in literacy, numeracy, IT and English for Speakers of Other Languages (ESOL) and specialist staff offer one-to-one support including careers advice and preparing for, finding and keeping work.