On Difficulty in Early Modern Literature 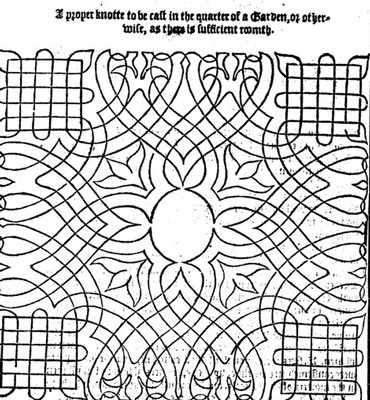 This project is an ongoing research collaboration between Hannah Crawforth (KCL) and Sarah Knight in the School of Arts which brings together scholars working on different aspects of difficulty in sixteenth- and seventeenth-century writing. Our work traces how the concept of difficulty develops through the early modern period, following the first use of ‘difficulty’ as meaning ‘hard to understand’.

The Latin difficultas, Anglo-Norman difficultee and Italian difficoltà occur much earlier, but ‘difficulty’ meaning  ‘the quality of being hard to understand’ is not attested in English before the late fourteenth century, in Chaucer’s ‘Friar’s Tale’. The early modern period witnessed an impressive, contended range of applications of the word across very different types of writing. We find it applied to theological controversy in Thomas More’s argument that the ‘dyffyculte’ of St Paul’s ‘wrytyng’ leads readers to find ‘sumtyme some mater of contencyon’ (Supplication of Souls; 1529). In his practical manual The art or crafte of rhetoryke (1532), Leonard Cox argues that ‘all excellent & commendable thyng be hard & of difficulty’. At the other end of our chronological span, in Of Education (1644) Milton writes of learning other tongues that ‘if the language be difficult, so much the better’, and of the riches available to students once they have mastered Greek and Latin, ‘the difficulties of grammar being soon overcome’. Clearly authors of the period had to think about and tackle the question of difficulty in their writing.

We live in an era when the intellectual value and political importance of raising and discussing difficult topics, thinking through difficult ideas, and teaching our students to think through difficult problems are all crucial. We are organising three events in 2018 both to encourage wider conversation and debate. 2018 is also the fortieth anniversary of George Steiner’s influential essay ‘On Difficulty’ (1978), an attempt to provide a taxonomy of difficulty and to argue for its central importance in literature and philosophy (first published in The Journal of Aesthetics and Art Criticism 36: 3 (Spring 1978): 263-276). Steiner’s article, together with more recent critical studies such as Rita Felski’s The Limits of Critique (Chicago, 2015) and James Longenbach’s The Resistance to Poetry (Chicago, 2004), have all contributed to our thinking about early modern difficulty.

We ask why authors might deliberately write works which are difficult to understand; whether difficulty is always élitist; and whether complexity-seeking scholars might create difficulty, forming a puzzle so that they can be the ones to solve it. We are especially interested in exploring the following research questions:

Milton and Difficulty: A Roundtable

To extend the discussion further, by inviting perspectives from Miltonists across the globe, and to reflect on how our understanding about Milton and difficulty has both deepened and ramified, we have organized a roundtable discussion at the International Milton Symposium to focus on key difficulties in reading, teaching, translating, and editing Milton. Each roundtable contributor will speak briefly about a specific aspect of Milton and difficulty: Hannah Crawforth (KCL) on the difficulty of form; Islam Issa (Birmingham City) on intercultural difficulty; Nicholas Hardy (Birmingham) on theological difficulty; Sarah Knight (Leicester) on the difficulty of translation.

On Difficulty in Early Modern Literature: A Symposium

The symposium has been generously funded by the Society for Renaissance Studies and by the London Shakespeare Centre.

We organised two panels in which speakers explored a variety of forms: emblems, plays, poems, prose works, sermons and translations:

Featuring Sarah Knight (Leicester), '"Certainly the most difficult of all our poets": The Worthy Knots of Fulke Greville’, Elizabeth Scott-Baumann (KCL), 'Difficult Women: Hard Poetics and Easy Style’, and Hannah Crawforth (KCL), '"Blind Feet": Milton and the Difficulties of Form'