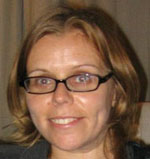 Kathy took up a History lectureship at De Montfort University in 2002 and teaches different modules on ethnic and immigration history and Polish history. Since being awarded her AHRB funded PhD in 2004 on Polish, Italian and Greek-Cypriot Migration to Leicester, having completed the English Local History MA in 1999, Kathy has also continued to research different aspects of Polish migration to the UK since the 1950s and has consolidated her research and publication profile. Still using oral history as her main source work, her research has developed in different ways, becoming more contemporary in focus and more interdisciplinary. She is particularly interested in material culture, as related to migration, and in the embodied experiences of migration journeys and transnational gift exchanges. She has also edited the first book to investigate post-accession migration from Poland to the UK. Kathy maintains a keen interest in debates relating to immigration, history and memory and is the jisc mail owner for the 'immigration-history-uk' mailing list. Although her research and publications may seem a long way from her days at Local History, she is indebted to Keith Snell for inspiring her to think about more anthropological approaches to historical research and for suggesting she find out more about the local Polish population, which is how her research career started.

She has also published articles in Mobilities, Journal of Material Culture, Transactions of the Institute of British Geographers, Journal of Transport Geography, International Journal of Population Geography, Social Identities, Immigrants and Minorities and Urban History