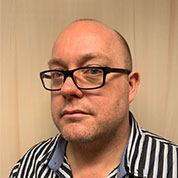 I specialize in seventeenth and eighteenth century political and military cultures. I have published on Anglo-Dutch relations, naval ideologies, prisoners of war, privateering and political economy. My current book project is titled The Dutch and their fleet. National identity and sea power, 1570-1815. Together with Dr. Ismini Pells, I intend to conduct a comparative research project into military welfare in England and the Dutch Republic during the third quarter of the seventeenth century.