Nicotine addiction is a major preventable cause of death in humans and is characterized by multiple unsuccessful attempts to quit smoking cigarettes.  The research group assessed the acute and chronic effects of nicotine on the motility of planarians.  This is an excellent example of the replacement of the use of animals in biomedical research. 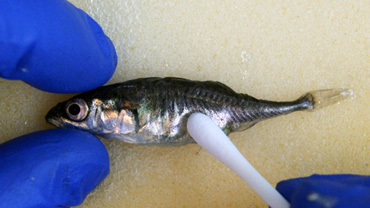 Model fish species are extensively used for biomedical research. The most popular technique to collect DNA from fish is fin clipping. Unfortunately however, this has the potential to cause harm to the animals. The research group investigated an alternative technique, skin swabbing, which causes fewer changes to stress axis activation and behaviour.

Complement Properdin Regulates the Metabolo-Inflammatory Response to a High Fat Diet” describes that the presence of and the activity mediated by properdin limits the effects of a Western style diet on development of fatty liver disease and obesity related kidney disease. The study supports the concept that complement as a whole is a factor to consider in the metabolic response to a high fat diet and we show that two receptors which are involved in fatty acid uptake, CD36 and C5L2, are involved in the development of disease in a properdin dependent way.

Balanced protein intake is crucial for health and development. This work studied how having too little protein in diet when rats are adults or during their adolescence may affect their brain function. Using a recording technique called fast-scan cyclic voltammetry, researchers observed that low protein diets affected the release of dopamine, an essential neuromodulator for motivation and learning. Interestingly, the consequence of the low protein diet differed depending on the age of the rats and had stronger effects when performed in adolescent animals, highlighting the vulnerability of the brain to dietary deficiencies during development. 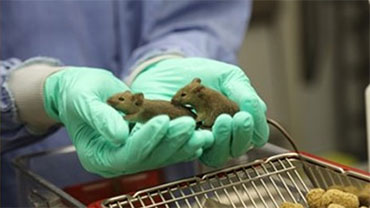 Kv3.1 and Kv3.3 subunits differentially contribute to Kv3 channels and action potential repolarization in principal neurons of the auditory brainstem

This research used CBA mice and transgenic knockout mice, which had been backcrossed here at Leicester onto the same CBA strain. The study used brain tissue from humanely killed mice to conduct in vitro studies of the mechanisms of hearing by using histology, electrophysiology and measurements of gene expression. The study compared the role of two genes and discovered that one of the genes (called  kcnc3 or Kv3.3) is crucial for normal hearing (and other aspects of brain function). Research on this topic is continuing in the PRF to explore how mutations in Kv3.3 underlie hearing loss and neurodegeneration in diseases such as spinocerebellar ataxia type 13 (SCA13). 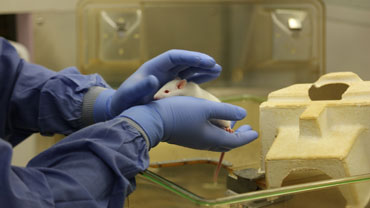 Studies carried out by researchers at the University of Leicester led by Joern Steinert's research group.