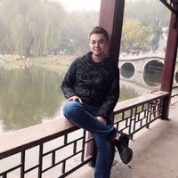 Qi Xu profile pictureQi Xu visited the Centre for Systems Neuroscience in 2019/20 as an honorary visiting fellow under the supervision of Dr Jian Liu. Qi is a Ph.D. candidate at the College of Computer Science and Technology, Zhejiang University. Qi's research interests include Neuromorphic Computing, Cyborg Intelligence, Computer Vision and Artificial Intelligence. He has published refereed papers on Neural Networks, IJCAI, Neurocomputing, Electronics Letters, etc. His current research focuses on the design and implementation of advanced cognitive models based on both deep learning and spiking neurons.

Taylan is interested in gaining a deeper understanding of the type of neural representations used for memory processes and works on the recording and analysis of the 2-photon imaging and electrophysiology data collected in mice hippocampi. During his PhD in physics at METU, he worked on developing terahertz imaging systems. 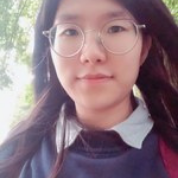 Jiangrong Shen profile pictureJiangrong Shen is a Ph.D. candidate at the Qiushi Academy for Advanced Studies and College of Computer Science and Technology at Zhejiang University. Jiangrong visited the Centre for Systems Neuroscience as a visiting scholar under the supervision of Dr Jian Liu. Her research focuses on Neuromorphic Computing, Computer Vision and Neural Computing. Her current project focuses on efficient neural network algorithms for cognitive models based on biological data in neuroscience. 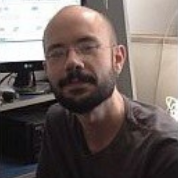 Flávio is interested in how neural networks encode sensory information and how they operate as functional circuits able to generate endogenous activity and observable behaviour. He joined the Centre as Doctoral Researcher in July 2017 and worked for one year on the recording and analysis of 2-photon imaging.

Today he works at the Neuroscience Center (NNC/UFMG - Brazil) with multichannel electrophysiology in freely moving animals coupled with paradigms of learning and memory. 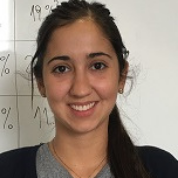 Guada was a Visiting Fellow in the Centre until April 2019 during her PhD. 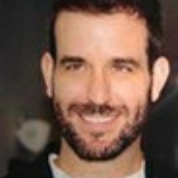 Adria studied how memories are generated, maintained and ad 2recalled in humans through the simultaneous analysis of single-neuron responses, local field potentials and intracranial EEG recordings from epileptic patients during specific cognitive tasks. 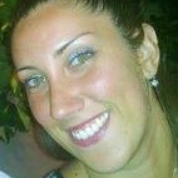 Belen is a biologist researching her PhD in the School of Medicine, University of Buenos Aires, Argentina. She has been awarded a Scholarship funded by Bec.Ar Training Program abroad in Science and Technology to join the Centre. She is working on visual perception and memory in patients with epilepsy, by recording single cell and local field potential activity of the human brain.

Emanuele joined the centre in January 2015. He has a broad interest for the physiology and the pathology of the brain. His research with the Centre covered the molecular mechanisms of signal and synaptic transmission as well as the study of compounds that are able to modulate neuronal homeostasis. With a background in electrophysiology and a PhD in physiology he recorded neuronal activity while mice explored a virtual environment.

His research in the Centre for Systems Neuroscience involved intracortical recordings of single cells and local field potentials from the medial temporal lobe of human epileptic patients at King’s College, London. He holds a visiting researcher position at the Max Planck Institute for Biological Cybernetics in Germany, where his group investigates the neural correlates of conscious perception and predictive coding in the non-human primate brain. 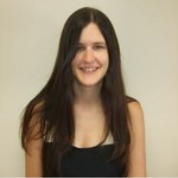 Julieta is worked on a project to provide new insights to understand memory formation in the hippocampus. To do this, she combined in vivo electrophysiology with neuroimaging (co-supervised by Professor Ian Forsythe) of mice place cells navigating on a virtual environment. 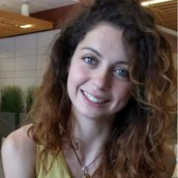 Emanuela completed her PhD at the CSN in 2017 working on a project funded  by the Human Frontiers Science Program. During her graduate career she worked with electrophysiological recordings from patients suffering from epilepsy, investigating declarative memory and how associated concepts are encoded in the human medial temporal lobes. She is currently working as a postdoctoral researcher at EPFL in Switzerland. 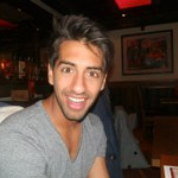 Alex studied for his PhD with the Centre after completing a bachelors at the University of Leicester in Electrical and Electronic engineering. He is interested in Cognitive Neuroscience and was working on a facial recognition project.

Federico is an electronic engineer specialised in biomedical applications. He takes advantage of the fact that we spend most of our time using our smartphones and tablets in order to develop applications for both entertainment and large-scale cognitive experiments.He visited the centre for 6 months in 2017. 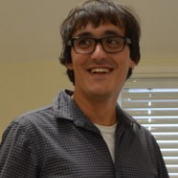 Joaquin is continuing his work on the development of an online and unsupervised spike sorting algorithm that will be implemented in a chip (collaboration with Imperial College London and Newcastle University). He's also interested in face perception and the neural correlates of consciousness. 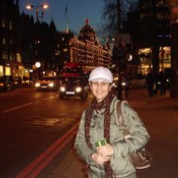 Maryam's project seeks to study of single-trial evoked potentials, as recorded by an electroencephalogram and their correlation to different sensory and cognitive processes, such as pattern learning. A promising approach to extract the single trial evoked activity is to use a denoising implementation based on the Wavelet transform. She is working on the optimization of the denoising algorithm and study of several strategies to make it completely unsupervised. 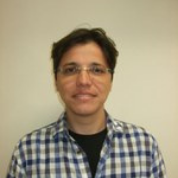 Hugo graduated in Biomedical Engineering at University of Barcelona (Spain). He is a semi-professional magician and member of the Spanish Society of Illusionism (SEI-ACAI). His PhD thesis project covered the pioneering field of Cognitive Neuroscience: The Neuro-Magic. He's particularly interested in investigating how the attention system modulates cognitive processes such as memory and conscious visual perception from paradigms based on techniques of the art of illusion. 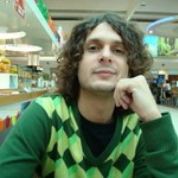 Matias is currently collaborating with Dr Fried's lab at UCLA on single cell recordings from the human brain to study the formation of memories by learning associations.With a background in computational and statistical physics (PhD in Physics), he is interested in applying principles from information theory and statistical mechanics to the study of neural ensembles as well as in developing quantitative analysis techniques to extract new information from neural experimental data. 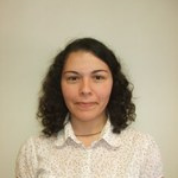 Pinar will be working to optimise unsupervised online spike sorting algorithms in Wave_clus for ultra-low-powered brain-machine interfaces. She has a background in electrophysiological recordings from the primate visual cortex, and she will be combining extracellular recordings and optical imaging in the mouse hippocampus in our lab. She is particularly interested in the network interactions between neurons participating in the recall of specific memories. 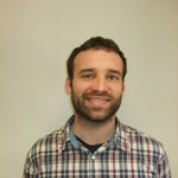 Manuel is working on a project that involves simultaneous imaging (2-photon) and electrophysiology recordings in mice. With a background in Mathematics, he is interested in memory formation in the hippocampus and its spatial correlates. Manuel contributes to the imaging and electrophysiology data collection and analysis, and is currently developing the virtual environment for the mice. 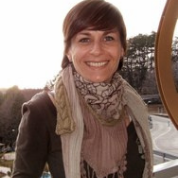 In collaboration with the Visual Neuroscience Lab in SISSA led by Dr Zoccolan, Natalia is worked on a projectaimed to better understand how abstract representation arises in the functional architecture of the brain. She is particularly interested in how neural populations transform visual percepts into an abstract representation. The study involves simultaneous multiple single-cell recordings in MTL and visual cortex in rats engaged in an invariant recognition task. 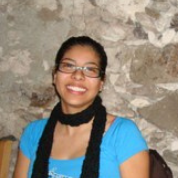 Zaira worked on neurophrostetic applications. She was implementing a neural network simulating previous recordings from the posterior parietal cortex in monkeys, reproducing the firing characteristics of neurons in this area to move a robot arm. 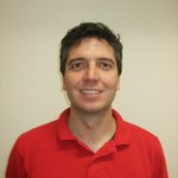 Carlos worked on the analysis of human single-cell recordings and the formation of memories as sequences of events. He also worked in the optimization of spike sorting algorithms. Other interests of Carlos are neuroelectronic interfaces and neuroprosthetics. 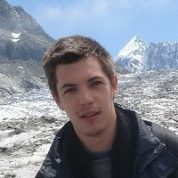 Cedric joined us in February 2014 as part of a 4 month internship from Paris-Descartes University. He looked at design and program data processing techniques for optimal recordings from the eye-tracker and robotic arm.

Jen was involved in a collaborative project between the departments of Engineering and Museum Studies, and the Art Fund. This was looking at how people experience art within museums, and shall use eye-tracking and complementary ethnographic research techniques. She was supervised by Rodrigo Quian Quiroga, Sandra Dudley (Museum Studies) and David Barrie(Art Fund). This project is funded by AHRC and the Art Fund.

Luis worked on the analysis of multiple single-cell recordings from the nervous system of the locust in collaboration with the laboratory of Dr Tom Matheson in the Department of Biology of the University of Leicester. Studying the correlation of these data, he is interested in the characterization of the roles of motor nerve cells during limb movements. He is also interested in bio-inspired sensorial information processing.

Lisandro joined the lab to work on a project that studied the EEG responses of subjects while they performed eye movements and watch natural scenes. With a special interest in visual perception, Lisandro has always been intrigued by the puzzle of visual awareness (particularly in the scope and limits of unconscious visual perception) and by how the brain keeps a stable conscious representation of the visual world across eye movements.

Vítor joined us in December 2012, for a one-year-long project from the Brain Institute of the Federal University of Rio Grande do Norte in Brazil. He was interested in how distributed neurons interact in order to process stimuli and store memories. He worked on the development and application of analysis tools that are able to extract meaningful patterns from large neuronal populations. Vítor is applying information theory and machine learning methodologies to quantify the information encoded by firing patterns and correlations in cell assemblies.

Mariano is visual artist doing a rotation in the lab. The goal of his residence, funded by the Arts and Humanities Research Council and by the Leverhulme Trust, was to study the links between neuroscience and arts in the study of visual perception. His rotation culminated with an exhibition "The art of visual perception" at Embrace Arts in January 2012.

Jonathan worked on a Neuroprosthetics project. He studied the activity of single-neurons to control a robotic arm for reaching and grasping objects to be used in handicapped people and amputees. He also collaborated with the UCLM to develop new position and force control strategies for robot manipulators.

Juan worked on the development of technology for the analysis of neural ensembles, specially spike sorting algorithms and realistic simulations of extracellular recordings. He is particularly interested in quantitative analysis techniques to extract relevant information from experimental datasets.