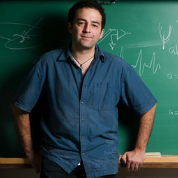 Rodrigo is basically puzzled by how the brain works. In particular he is interested in principles of Neural Coding, visual perception, memory, visuo-motor transformations, single-trial evoked potentials, synchronization and the development of methods for the analysis of neurophysiology data.

Rodrigo claims he makes the best asado argentino within the UK neuroscience community. 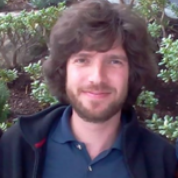 Upon completing a PhD in computer science Michael realised he would rather study neuroscience, and ended up investigating neuronal population dynamics in cortical microcircuits. This remains Michael's primary research interest to this very day. 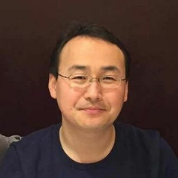 Dr Jian K Liu received the PhD in mathematics from UCLA. He did his thesis with Dean Buonomano about synaptic plasticities and neuronal network modeling. After that, he did his postdocs with Nicolas Brunel in Paris and Tim Gollisch in Goettingen. His area of research includes computational neuroscience and brain-inspired computation for artificial intelligence with some experiences on vision, cerebellum, dynamics of neuronal circuits, and neuroprosthesis algorithms. 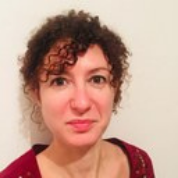 My core background is in Cognitive Neuroscience. After my PhD in Visual Neuroscience and Psychophysics at the University of Nottingham, I got the chance to perform single-cell recordings in subcortical auditory areas of Non-Human Primates, while working at Vanderbilt University. I then conducted a project at Newcastle University that combined Electrical Intracranial Microstimulation and fMRI for investigating brain directed effected connectivity in monkeys and humans. After a collaboration with Radboud University where I studied how multisensory integration of (visual-auditory) signals affect gaze-orientation during sound localization, I have now joined the Centre for Systems Neuroscience where I am planning to carry out electrophysiological recordings in the Medial Temporal Lobe of epileptic patients to study the neuronal representations of long-term declarative memories.

I am interested in combining computational modelling and experimentaMDl approaches to studying the computational function of cortical microcircuits. I did my PhD in Neuroscience in Vincenzo Crunelli’s lab modelling brain rhythms in sleep and absence seizures. Currently I am researching infra-slow (<0.1 Hz) neural activation dynamics in the mouse neocortex using multielectrode arrays.

Bradley is interested in developing and evaluating the therapeutic tools used to predict, diagnose and treat disorders of the brain and nervous system. He is currently studying for a PhD supervised by Dr Michael Okun looking at cortical dynamics on infraslow timescales. He is particularly interested in how this will help to better understand and interpret fMRI data as it becomes more readily used as a diagnostic tool in the medical community. 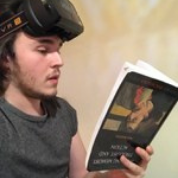 I enjoy learning about the theoretical computation behind learning and memory – specifically in the mammalian hippocampus and the former's linkage with neocortex. I am a neuroscience graduate with Matlab specialisation who, in parallel, casually learnt about game design, development, and coding in my spare time. My PhD will leverage the (recent) advent of virtual reality gaming, as I will be producing bespoke, engaging VR head-mounted display experiments in epilepsy refractive patients undergoing curative micro-electrode recording and surgery. The data from these experiences will then facilitate the probing of human hippocampal function. 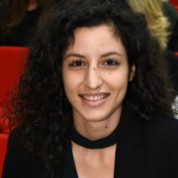 I am Marta and I am doing my PhD studies at the CSN. Before arriving here, I got my Bachelor and Master degrees in biomedical engineering at the Polytechnic University of Turin, spending my final year in Switzerland where I did my Master thesis in an experimental neuroscience lab at EPFL in Lausanne. I joined the CSN because I am interested in combining my interest for quantitative subjects and neuroscience. Currently I am focusing on the analysis of single-cell recordings in the human fusiform face area, which is a brain area particularly involved in face processing.

Find out more about the visiting fellows and their projects.

Find out more about associate members and their work.

Find out more about the projects and studies completed by alumni students.

Meet the alumni students
Back to top