Funded by the British Academy’s Institutional Partnership and Mobility Scheme, this project partners eight researchers from the Universities of Leicester and Cape Town to investigate how the UK and South Africa compensate private losses resulting from failures to give effect to the special duties human/constitutional rights law imposes on public authorities. Workshops and conferences will draw in further participants from these jurisdictions (and beyond) over the course of three years (February 2014-February 2017). 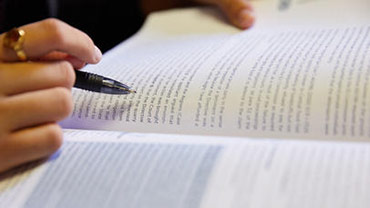 In many contemporary democracies the law governing remedies for private losses caused by the failures of public institutions displays a striking tension. Much of its shape derives from the 19th and 20th Centuries, when the Rule of Law was typically advanced through the Diceyan strategy of ‘normalising’ public power by subjecting it to the discipline of the same liability rules as private persons. In contrast, the further expansion of legal control over state institutions in the late 20th and early 21st Centuries via enforceable human/constitutional rights has ‘exceptionalised’ state power, progressively imposing duties on public authorities that go beyond the obligations private persons owe each other.

This tension has recently crystallised into a new and urgent practical legal question confronting courts: how should the principles of civil liability that evolved as part of the first of these developments be applied in light of this more recent trend? Should these principles be extended to cover individual claims arising from the breach of such uniquely public duties? Or should these be seen as complementary yet fundamentally different tracks for holding public power to account? How is the financial and social impact of public liability best accommodated? Would a blend of these alternatives be more appropriate?

These questions provide the starting point for the proposed project. Its focus is on the UK and South Africa, where recent decisions of the highest courts have preferred contrasting answers. SA’s Constitutional Court has plumped for integrating the state’s post-apartheid constitutional duties to protect its citizens from harm into an expanded notion of civil liability, while the UK House of Lords/Supreme Court has kept remedies for failures to comply with duties imposed by the Human Rights Act on a track separate from the civil liability regime of tort law.

The shared Diceyan heritage of these two jurisdictions, a consequence of colonial history, makes this contrast both arresting and a promising point of comparison. Why have such different paths been chosen? How different are they really upon closer inspection? And what strengths and weaknesses emerge when they are measured against each other? By bringing together researchers from both countries to pursue comparative research along these axes, the project will explore the implications of the choices made and endeavour to draw lessons for future legal development in both jurisdictions and beyond.

This topic also raises questions about the respective domains of private law and public law and the implications of assigning a legal issue to one of these rather than the other, as well as the continued sustainability of this division. As specialisation can limit researchers’ perspectives when an issue lies at the intersection of different domains, the project draws participants from both jurisdictions from each of these fields, combining cross-jurisdictional with cross-specialty collaboration.