The redevelopment of the Percy Gee Building was officially opened on 30 November 2021 as part of the University's centenary year.

The east side of the building was extensively reworked to create new facilities, including a food court, additional social study space, a media hub, an informatics centre and bookable rooms. This followed on from the 2011 redevelopment of the west side which created the atrium and the O2 Academy.

A plaque was unveiled by the President and Vice-Chancellor, Professor Nishan Canagarajah, and the City Mayor, Sir Peter Soulsby, in the presence of former Students' Union Presidents, the current SU Executive Team and members of Percy Gee's family. Professor Canagarajah and Sir Peter both gave brief speeches, as did former SU President Esua Jane Goldsmith. Caroline Wessel, a descendant of Percy Gee, was unfortunately unable to attend so her speech was read by Professor Paul Jenkins.

The event coincided with the University's two-day 'Winter Wonderland' celebrations, so guests were able to enjoy carol singing, an ice rink and a range of food stalls after the formal opening ceremony. 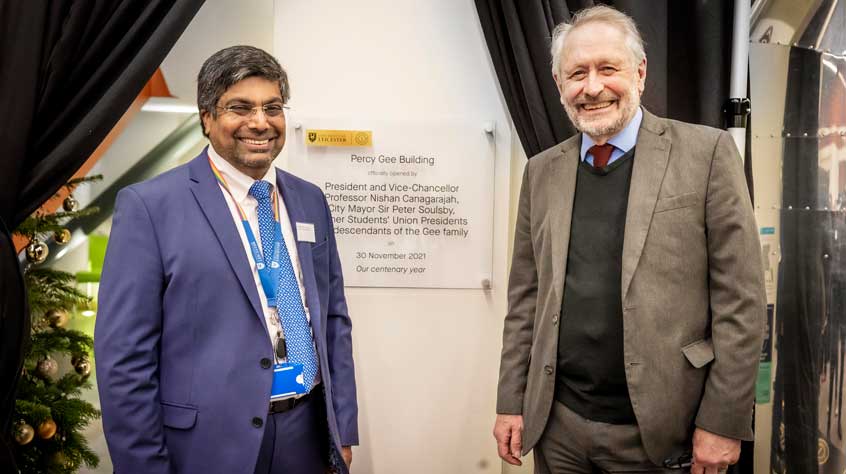 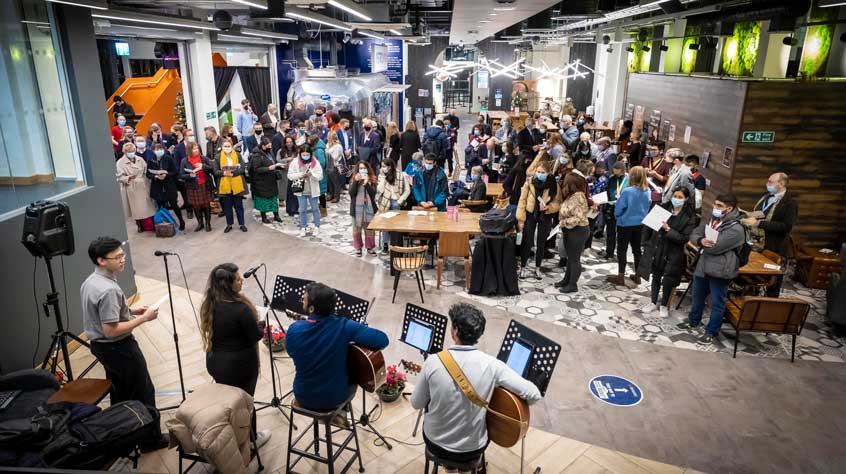 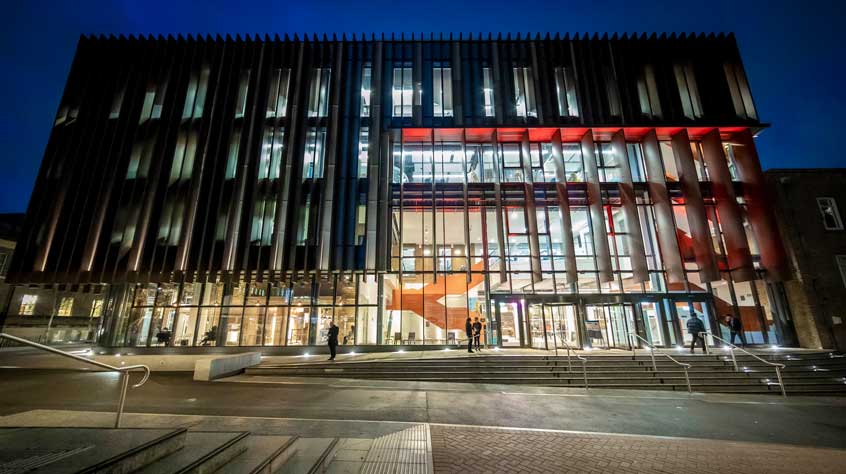 30/11/2021 - Exterior of the newly refurbished and opened Percy Gee building. 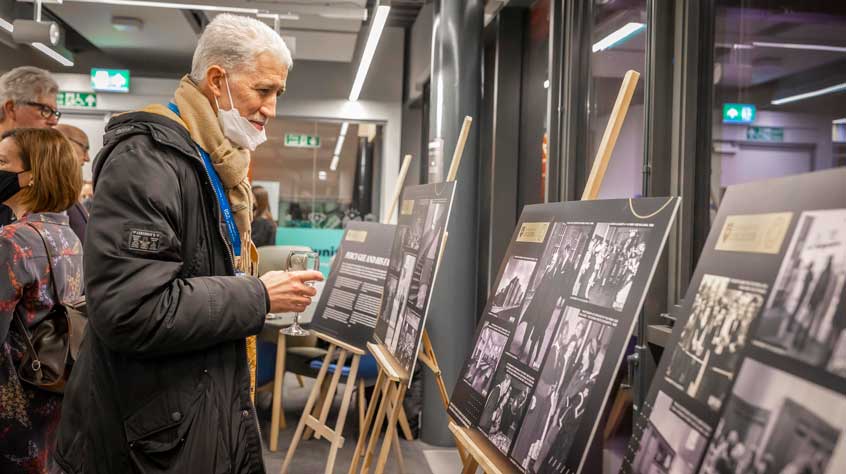 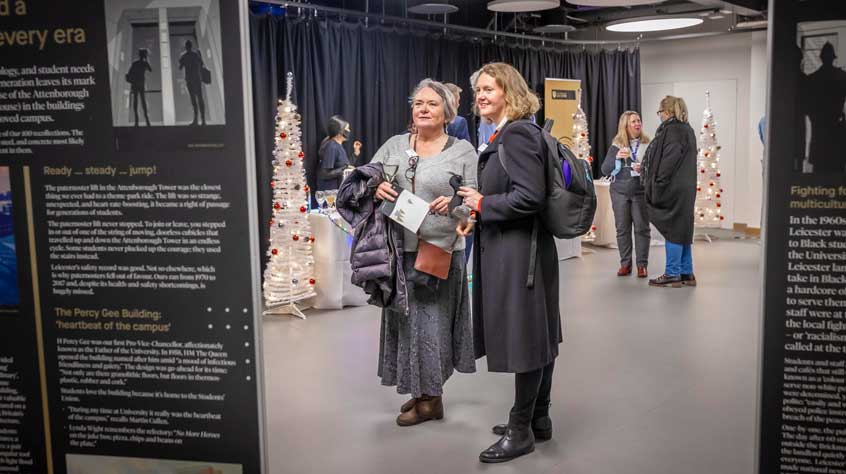