Preparing the king for reburial

From the beginning, the team felt that Richard III’s burial container should be made using traditional craft methods, and all materials should be sourced from the British Isles, should be natural, and should have been readily available in the medieval period. The wooden coffin would be made of English oak and yew, sourced from the Duchy of Cornwall. Michael Ibsen, a cabinetmaker and Richard III’s great-nephew many times over, made the coffin, ultimately choosing a rectangular shape rather than tapered to allow the pall to hang properly over it during the time it lay in repose in Leicester Cathedral.

Inside would be a lead ossuary containing the bones. Leicester firm Norman & Underwood used traditional sand cast techniques and 60kg of lead to make the 1.7m long box. Weight would be an issue and there were discussions on its size and whether it would be too heavy to carry. Could the bones by laid out anatomically, or would they have to be packed in an unarticulated manner? Experiments with plastic bones and cardboard coffin prototypes sought to work out the best arrangement for the bones and size of coffin. 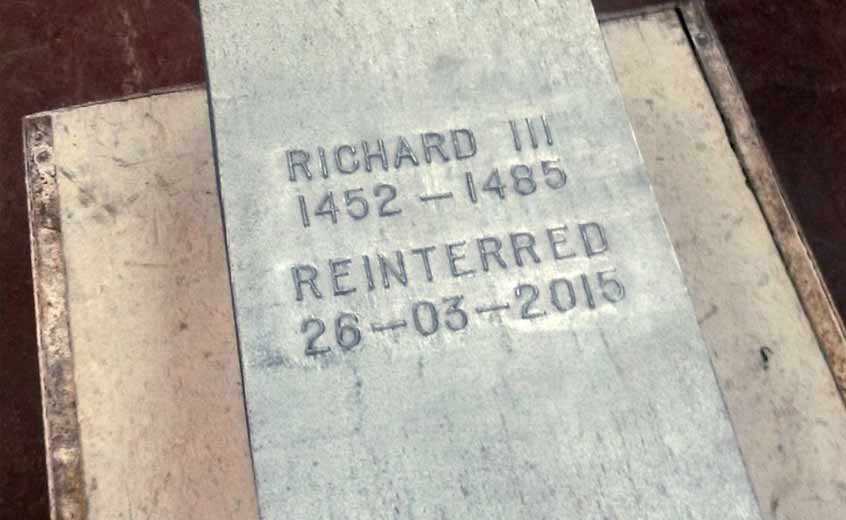 The lead ossuary made by Norman & Underwood of Leicester

How the bones were packed was also a concern. They could not be loose to rattle around unprotected in the coffin as it travelled in the cortege around the county, but whilst undue damage to the bones had to be avoided, neither did the team want to use any synthetic conservative materials. From the start the outcome was clear. Following the completion of the extensive programme of scientific analysis needed to identify the remains, the University would rebury everything, including all scientific samples and residues collected from the bones. This would be a final act, with no plans to reopen the tomb in the future.

The actual coffining of Richard III’s remains took place at a private ceremony on 15 March 2015, carried out by members of the research team in the Council Room, formerly a chapel, of the University of Leicester’s Fielding Johnson building. It was witnessed by a small number of representatives from the University and other key partner organisations, including Leicester Cathedral, the City Council, the County Council, the Richard III Society, members of the University chaplaincy, an independent witness and relatives of King Richard III who donated their DNA as part of the identification process.

To secure the bones in the ossuary, a combination of washed natural woollen fleece, wadding and unbleached line was used for the layers of packing. Scientific samples were evaporated and the residues stored in glass tubes sealed with cork. Linen bags, made by the pupils of the Richard III Infant’s School in Leicester, were used to hold the smaller bones and the scientific samples. 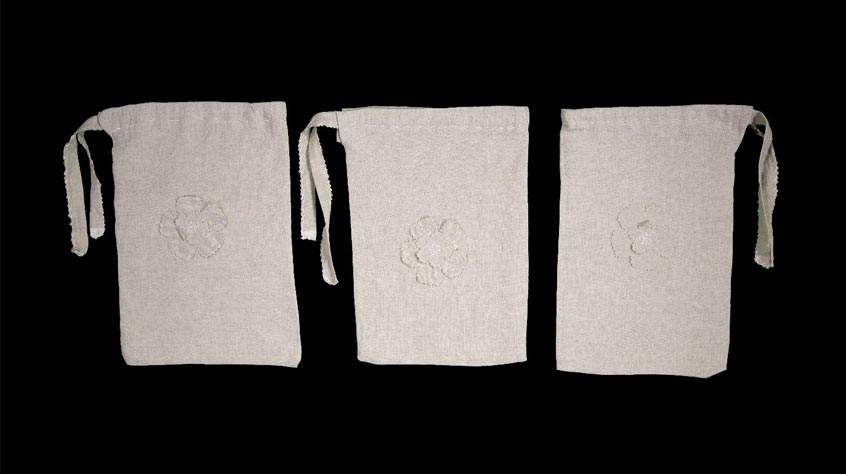 The bones were laid out as if articulated on wool wadding covered with a linen cloth. Wool fleece was packed around each bone to hold it in position. The linen bags containing the smaller bones of the hands and ribs and were placed in the relevant anatomical positions and the scientific samples were placed in another bag at the foot of the coffin. Finally, the bones were covered with more sheets of thick wool wadding to fill the remaining space.

A replica of a 15th-century rosary donated by Dr John Ashdown-Hill was placed between the final wool sheets. Lastly, a sheet of unbleached linen was placed on top. This was embroidered by Miss Elizabeth Nokes of the Richard III Society, who used unbleached thread to decorate the cloth with boars, roses and consecration crosses – symbols of Richard III, the House of York and because he was an anointed Christian king. Finally, the lead casket was sealed and Michael Ibsen fixed the lid of the outer coffin in position. 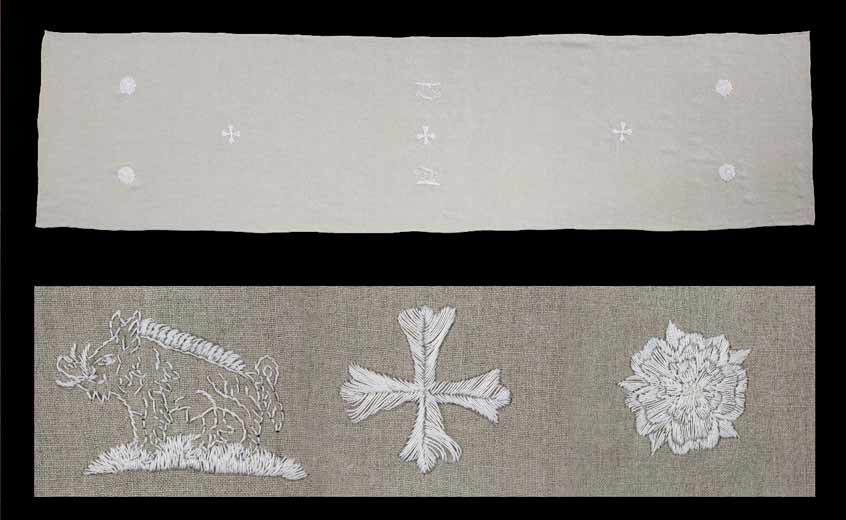 See more about the reinterment of Richard III

The road to reinterment

Preparations for the reinterment