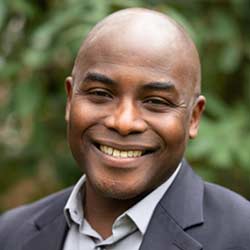 Dr Campbell’s research interests are centred on the themes of race and ethnicity and local and professional football from a sociological and historical perspective. He is interested racial inequalities more broadly, and especially in relation to the inequities experienced by black, Asian and minority ethnic students in Higher Education.

Paul leads a number of projects across the university aimed at tackling the award gap for students from black, Asian and minority ethnic backgrounds, which focus specifically on decolonizing the curriculum and decolonizing assessment practice, processes and pedagogy.

His book, launched on 28th October 2020, "Education, Retirement and Career Transitions for 'Black' Ex-Professional Footballers" draws on a combination of interviews and auto-ethnographic data, the author provides a case-study of 16 ‘black’ British male professional footballers' preparedness and experiences of retirement and transition from careers as professional athletes to mainstream work. The book offers a new perspective as few studies in sport have attempted to explicitly explore the intersections of race, class and masculinity in relation to career transitions.

I am an active and award winning researcher. My research interests are centred on the themes of race and ethnicity and local and professional football from a sociological and historical perspective. I am also interested in the mixed-raced and dual heritage experience, youth, classed identities, community change and leisure.

My current project explores issues of ageing, re-training and identity reconstruction for retired professional footballers in Britain during their transitions to mainstream careers. And the continuing African-Caribbean diaspora in Leicester and Britain, through an analysis of third- and fourth-generation Caribbean-heritage Britons who are dual-heritage (Caribbean and white) through the lens of local football networks as a cultural space

Campbell, P. I. (January 19, 2018) ‘Football and race relations have progressed a lot since Regis’s day – but not enough’ The Conversation https://theconversation.com/football-and-race-relations-have-progressed-a-lot-since-cyrille-regiss-day-but-not-enough-90274

My monograph, 'Football, Ethnicity and Community: The life of an African-Caribbean Football Club' (Peter Lang) won the British Sociological Association’s Philip Abrams Prize 2017 and was shortlisted for the British Society of Sports History Lord Aberdare Literary Prize the same year.