Professor in Physics and Astronomy 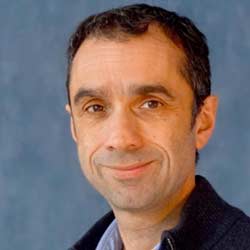 School of Physics and Astronomy
nrt3@le.ac.uk

When conducting his research, Professor Nial Tanvir looks further – and further back – than almost anyone else on the planet. As an expert on gamma-ray bursts (GRBs), the most luminous and violent explosions known to science, he has led teams which have found some of the most distant objects in the universe, providing valuable clues as to what was happening just a few hundred million years after the Big Bang.

In 2013 Professor Tanvir showed that collisions between ultra-dense neutron stars are accompanied by not just a GRB but also a slower kind of explosion called a kilonova. This led in 2017 to his co-discovery of a kilonova created by the first neutron star merger to be detected by its gravitational wave emissions, thus opening up the new field of multi-messenger astronomy. In 2019 the Royal Astronomical Society awarded him its prestigious Herschel Medal for investigations of outstanding merit in observational astrophysics.

Alongside his research, Professor Tanvir is very active in the field of public outreach, taking his passion for deep space to schools, colleges and public events, as well as contributing to radio and TV coverage of the subject.

My early research was devoted primarily to improving the extragalactic distance scale, culminating in an estimate of the Hubble Constant (H0=69+/-8 km/s/Mpc) in 1995 based on HST observations of Cepheids in the galaxy M96, which is in very good agreement with modern determinations. While at Cambridge I broadened my interests, working on both nearby and distant galaxy evolution studies. In 1997 I began research on gamma-ray bursts, and this subject has been the increasing focus of my subsequent endeavours, although I continue to make contributions to the study of galaxy evolution, particularly Local Group galaxies.