Head of School, Physics and Astronomy 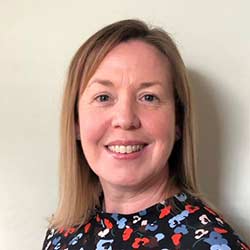 Professor Emma Bunce is Head of School, Physics and Astronomy and is President of the Royal Astronomical Society. She is also lead PI for the Mercury Imaging X-Ray Spectrometer (MIXS) instrument on board ESA/JAXA BepiColombo mission – this instrument will provide us with high quality, never seen before X-ray images of Mercury.

Her main research interests have focused on the giant rotating magnetospheres of Jupiter and Saturn, with a particular desire to explore and understand the mechanisms which generate the dynamic auroral emissions in their upper atmospheres.

Our involvement in the NASA Juno mission provides an excellent opportunity to explore the polar magnetosphere Jupiter, and we continued to study Saturn’s magnetosphere up to the end of the NASA Cassini mission in 2017. Emma is part of the Juno Magnetosphere Working Group, and was a Co-Investigator on the UK-led Cassini magnetometer team (PI Professor Michele Dougherty).

In addition, Emma and the team have begun to investigate Mercury’s magnetosphere which will contribute to the future exploitation of the Leicester-led Mercury Imaging X-ray Spectrometer instrument which is part of the ESA/JAXA BepiColombo mission Mercury Planetary Orbiter (MPO) payload (arriving at Mercury in 2025). Emma is the Principal Investigator of the MIXS instrument. Emma is also a Co-Investigator on the sister SIXS instrument on the same mission (PI Juhani Huovelin)

Emma acted as the Deputy Lead Scientist for the Jupiter Ganymede Orbiter proposal to ESA under the L-Class mission competition, which was selected as the Jupiter Icy Moons Explorer (JUICE) mission in 2012. The mission is due to launch in 2022 to arrive at Jupiter and Ganymede in 2030.