Professor of Perinatal and Paediatric Epidemiology 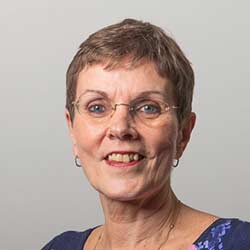 Professor Draper’s research focuses on the health and well-being of babies and children. Her expertise includes the use of population data to improve quality of life following preterm birth, identifying best practice for paediatric intensive care and improving pregnancy outcomes through perinatal surveillance.

Professor Draper is currently investigator on a number of projects that are monitoring and providing insight into the effect of the COVID-19 pandemic on pregnancy outcomes and the impact on neonatal and paediatric intensive care.

She leads the national perinatal surveillance and enquiries for MBRRACE-UK (Mothers and Babies: Reducing Risk through Audits and Confidential Enquiries across the UK), which is monitoring COVID-19 perinatal outcomes for the UK.

She is also collaborating on a study which seeks to understand and inform neonatal care in COVID-19 for the British Paediatric Surveillance Unit (BPSU).