A large international team of researchers has uncovered the origin of an ancient genetic mechanism needed for plant fertility.

The study was led by Professor Takashi Araki of Kyoto University and Professor Frederic Berger of the Gregor Mendel Institute of Molecular Plant Biology in Vienna and involved an international team of 25 researchers. Professor David Twell, from the University of Leicester's Department of Genetics and Genome Biology, headed Leicester’s contribution to the project.

The researchers discovered how a gene known to control sperm production inside pollen grains of flowering plants, is also used by primitive land plants to produce free-swimming sperm. The findings are presented in Nature Communications, published this month.

A key finding was that the DUO1 gene originated in the stoneworts, an ancient group of aquatic algae that diverged from land plants over 700 million years ago.

The work suggests that it was a simple change in the DUO1 gene sequence that allowed the algal ancestors of land plants to produce small swimming sperm to increase the chances of fertilisation in an aquatic environment.

The DNA sequences of DUO1 were compared in primitive land plants such as liverworts and mosses, with those in freshwater algae. This uncovered quite small genetic changes that allowed the ancestral algal DUO1 protein to recognise a new DNA sequence. This change enabled DUO1 to control a gene network needed to make swimming sperm. The researchers went on to show that liverworts with a mutated DUO1 gene were infertile because they were unable to make active sperm.

Interestingly, the role of DUO1 in plant sperm formation has adapted to the demands of life on land. For example, DUO1 is needed to produce the whiplash flagella used for propulsion of liverwort sperm, but this is not the case in the flowering plant Arabidopsis thaliana (thale cress). Instead, the sperm of flowering plants do not swim and are transported to the egg by a tube that grows out from each pollen grain. In these sperm, DUO1 has taken control of the specialised network of genes needed for the union of sperm and egg.

Professor David Twell said: “It is heartening that a major event in the evolutionary history of plant sperm has been tracked down through international cooperation and the individual efforts of many researchers. Further team effort to assemble the fertility gene networks of our important crop plants, will uncover new ways to help plant breeders in their quest to maintain food security in the face of environmental change.”

The original research paper “MYB transcription factor neo-functionalization is associated with evolution of sperm differentiation in plants” by Higo et al. is available online from the open-access journal Nature Communications.

This work has uncovered an important genetic switch that allowed the algal ancestors of land plants to produce small motile sperm to increase their chances of fertilisation in an aquatic environment.

When plants first emerged from freshwater pools to colonise the land over 400 million years ago, they retained swimming sperm and depended on water for fertilisation.

A key factor in the widespread colonisation of the land by seed plants was the formation of non-motile sperm inside tough pollen grains and their delivery via a long tube for fertilisation of the egg.

The research contribution from the Leicester team was funded by the UK Biotechnology and Biological Sciences Research Council (BBSRC) and conducted by Professor David Twell, Dr Mingmin Zhao and Dr Dieter Hackenberg of the Department of Genetics and Genome Biology.

The Leicester team collaborated with a large international group of 25 researchers led by Professor Takashi Araki from Kyoto University and Professor Frederic Berger from the Gregor Mendel Institute of Molecular Plant Biology in Vienna.

Professor Twell and Professor Berger were supported as part of a major European and International consortium studying the evolution of sexual reproduction plants (EVOREPRO).

The consortium, coordinated by Dr Jörg Becker, group leader at the Instituto Gulbenkian de Ciência (IGC; Portugal), received funding of 2.6 million euros over 3 years. The EVOREPRO project is funded under the scope of ERA-CAPS, a European Research Area Network for Coordinating Action in Plant Sciences

Earlier collaborative work between Professor Twell and Professor Berger led to the discovery of the DUO1 gene and its role in sperm cell production in flowering plants.

This research was carried out in the common weed Arabidopsis thaliana – thale cress or mouse ear cress – in 2005. This involved large-scale genetic screening of flowers from over 10,000 plants to look for mutants that produced pollen grains containing one instead of two sperm cells.

Professor Twell’s research has led to further unmasking of the complex genetic circuits that are needed for sperm formation and the fertility of flowering plants. Current research is aimed at understanding the role of DUO1 in the fertility of important crops, including rice, maize, barley and tomato, and its potential for plant improvement.

Liverworts and mosses are descendants of the first land plants and produce swimming sperm for sexual reproduction. 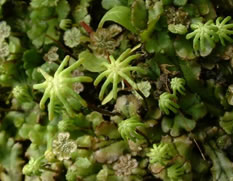 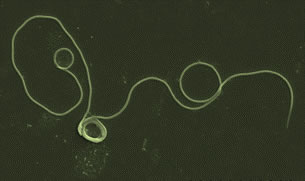