School of Media, Communication and Sociology

Dr Khalid Karim is a Consultant Child and Adolescent Psychiatrist for Leicestershire NHS Partnership Trust, and Senior Teaching Fellow for the University of Leicester. Khalid is the lead on ASD at Leicestershire Trust and works clinically with children with the condition. He has recently published a book for parents and professionals on autism and mental health with Jessica Kingsley Publishers. Khalid has a general research interest in child mental health, particularly ASD, and is currently involved in a child psychiatry project which is using CA to explore initial child mental health assessments in CAMHS.

Dr Tom Muskett is a Senior Lecturer at Leeds Beckett University, UK. Tom is a Speech and Language Therapist with a particular clinical interest in working with children with diagnoses of autism and their families. Informed by these experiences, Tom’s research aims to explore how Conversation Analysis accounts of interactions involving such children interface with mainstream and critical/radical approaches to theorising the diagnosis, and how discursive methodologies might underpin novel and progressive approaches to professional practice. 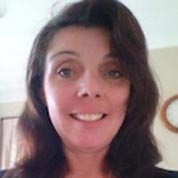 Dr Nicola Kiyimba is a Senior Clinical Psychologist currently working for the Cheshire and Wirral Partnership NHS Foundation Trust. She has clinical experience in the assessment and implementation of therapeutic interventions with children and families, particularly those in Looked After settings including foster care and adoptive families. Nicola also has a wealth of practical experience working with children and young people for more than two decades as a Youth Worker, School Governor, Business Mentor, and Prison Volunteer. In addition she has worked for Relate UK and Samaritans as a project manager developing curriculum for children, and training counsellors in working with young people. Before embarking on a Clinical career, Nicola completed a PhD in Psychology to further her research interest in the interactions between adults and children in therapeutic settings. Her research is informed by a social constructionist perspective favouring the analysis of intergenerational interactions in therapy environments using discursive approaches. 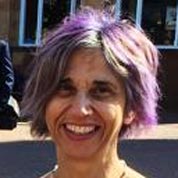 I am currently working as the lead Forensic Speech and Language Therapist at the Humber Centre, Humber Mental Health NHS Foundation Trust. I work with a range of complex and difficult to treat people, all of whom are detained under the Mental Health Act.

Currently I’m working on the development of an adult autistic spectrum conditions (ASC) diagnostic and treatment service for forensic patients at the Humber Centre. This is a medium secure psychiatric hospital where many of the patients have been in long term care and hence may never have been assessed for ASCs, as the diagnosis did not appear in the DSM manuals until 1994. I also work for the Adult Asperger’s Diagnosis service as part of the community team for Humber Mental Health NHS Foundation Trust.

My interest in ASCs began when I studying for my BA (Hons) in Linguistics and Social Anthropology at Manchester University between 1988 and 1991. I registered for my PhD with the University of Sheffield in 1994 on the topic of Repetitiveness and Formulaicity in the Conversation of Adults with ASCs, supervised by Professor Jill Boucher and Professor Mick Perkins. While studying I presented papers at conferences in Barcelona, Hong Kong, Toronto, UCL, Glasgow and Durham Universities on the topic of language use in adults with autism. At Toronto University I sat on an expert panel on Disorder in Talk. I was a member of the York University Disordered Conversation Research Group from 1996 – 2003. I also worked as a research assistant, collecting and collating date for the Pre School Language Scales III assessments.

In 2005, I qualified as an SLT and since then have incorporated research into my work. I am currently working on an NHS approved project entitled Conversation Analysis of Confabulation among Patients on a Forensic Learning Disabilities Ward, looking at how non-intentional verbal deception arises in talk between clinicians and patients. 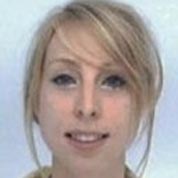 Katie Denman is a Clinical Psychologist. Katie has worked clinically in a number of settings including child mental health and children with learning disabilities and been in involved in publications of research with children. Katie is also trained in the Foundation level of Family Therapy accredited by the Association of Family Therapy. Currently Katie works in a Child Development Centre with children with neuro-developmental conditions including Autism Spectrum Condition and their families.

Katie has now completed her doctoral research exploring family talk around a child’s behaviour before they have been given a diagnosis of ASC drawing on a synthetic approach of discursive psychology with conversational analysis tools. Katie has developed an interest in how whole families make sense of a child’s behaviour before it has been labelled by professionals and what this can add to our knowledge of what discourses families are bringing to ASC assessments.