Adele Parks: My time at Leicester 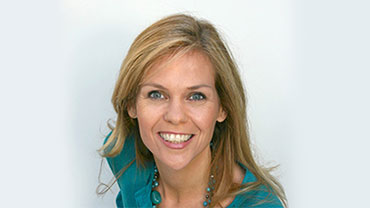 Adele Parks, author of several bestselling novels, graduated from Leicester in 1990. Find out what she remembers about her time studying English at Leicester.

It was always sunny, or at worst autumnal. It never rained. This of course can’t be true, isn’t true - check the meteorological records between October 1987 and July 1990 - although my memory tricks me into thinking this was certainly the case. I can’t give you any insight into other universities, nor in all honesty can I tell you why Leicester is the best choice, as I’ve never studied at other universities. All I can say is that Leicester worked for me. For me, Leicester was about opportunity. As in ‘chance’, as in ‘event’, as in ‘luck’, as in ‘freedom’.

I adored my course. A subtle mix of subjects that I felt familiar with, but wanted to study to a more profound level and a number of neoteric areas that were challenging and inspiring. The tutors and lecturers were, largely, impassioned, committed, often sympathetic, omnipotent beings; until you saw them pissed at the Summer Ball, then they metamorphosed into impassioned, committed, pissed blokes and blokesses. I still remember them all, what is the phrase? Fondly. And respect them all, enormously.

I attended every lecture and tutorial, even for my supplementary subject - but before you get a completely wrong impression of me, I ought to add that the course, although the most important single aspect of my university experience, was only one part of the picture. I signed up to everything: Lit. Soc., the theatre Society, Wine Soc., the debating Society and Ents. Soc. (this was some dodgy club that allowed me to see bands on the cheap and flirt with would-be rock stars). I wrote for the university newspaper, ‘Ripple’ and I even had a brief flirtation with being the arts editor; such enthusiasm ought to be an offence. I went to the ‘Mega’ every Friday (this was the university ‘disco’ - sticky floors, sticky bodies, and sticky situations).

I rarely went to bed before three am on a weekday, rarely went to bed at all on a weekend, what I did in the intervening hours is pretty much classified information. I did aerobics with weights on my feet three or four times a week. (Be charitable and put this in the appropriate historical context - this was the '80s, and Jane Fonda’s expression, ‘no pain, no gain,’ had leaked its way into every aspect of popular culture). I made my best friends, made no enemies (that I’m aware of), as everyone was full of optimism and oozed support.

University was a time when I yo-yoed between identities. Grungy hunt sabotage, using recycled loo roll one week; pseudo-debutante attending Digby Hall's end of term ball the next. Intellectual heavyweight, emotional lightweight, political middleweight, all before Wednesday tea time. Until, at last, I grew into what could roughly be described as a younger version of what I am. I could do all of this without embarrassment, and only a little bit of pain, because what universities generally and (Leicester specifically) offer is opportunities. Lots and lots of opportunities. Opportunities to grow, to stagnate, to learn, to listen, to debate, to shag, to read, to dance, to play sport, to be good, to be bad, to forget there was ever a distinction, to do pretty much anything you want. You lucky thing.

Oscar Wilde said many true and witty things, which have since been bastardised and printed onto birthday cards. One, which I came across only yesterday, was, “I always pass on good advice. It’s the only thing to do with it. It is never any good to oneself.” Bearing this in mind, my advice - for what it’s worth - is go for Leicester, you lucky, lucky thing.