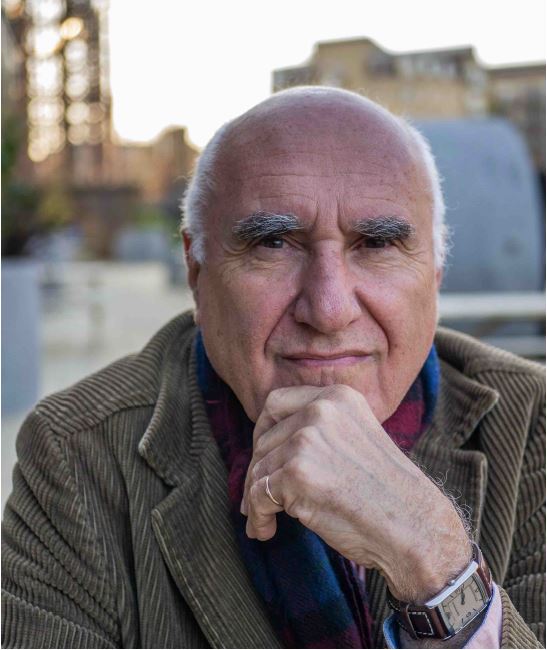 Rex Bloomstein began his career as a documentary director in 1970 with cinema verité All In A Day studies of British life for the BBC.

Since then, he has made more than 150 single films, television documentaries and series with Human Rights, Crime and Punishment, and The Holocaust as his major themes of exploration.

A Second Chance is the latest film in a pioneering body of work spanning five decades that has exposed the realities of prison life and addressed aspects of the UK penal system previously closed to public scrutiny. This includes films such as The Sentence, Release, Prisoners’ Wives, Parole, Lifers and Strangeways, which won two British Academy Awards: Best Documentary Series and Best Single Documentary. In 2001 BBC2’s Timewatch commissioned Strangeways Re-Visited. Lifer – Living With Murder was broadcast in 2003, followed by Kids Behind Bars on Channel 4 in 2005.

Over the years, Rex Bloomstein has produced and directed a number of acclaimed historical studies for television: Traitors to Hitler, remarkable archive footage telling the story of the July Plot to kill the Führer, Martin Luther King – The Legacy, an exploration of King’s life on the twentieth anniversary of his assassination, and Attack On The Liberty, the US Naval intelligence ship attacked by the Israelis during the Six Day War.

Many have been committed to exploring Holocaust orientated topics. Auschwitz And The Allies examined what the Allies knew of the greatest death camp in history, while The Gathering witnessed in Jerusalem in 1981 the largest ever gathering of Holocaust survivors from all over the world. The Longest Hatred (1989) followed, a trilogy charting the unique history of anti-Semitism and its manifestation in modern society, broadcast in over 20 countries worldwide; and Liberation featured the stories of Allied soldiers who were the first to enter the Nazi concentration camps and formed part of Channel 4’s season of programmes marking the 50th anniversary of the end of the Second World War.

Another major concentration of Rex Bloomstein’s work has been to highlight the abuse of human rights. This began with a two-hour film in 1984, Human Rights, which explored the global struggle against human rights violations. The film that followed, Torture, was an examination of how this tragic phenomenon continues in contemporary society. Roots Of Evil (1996) was a major three-part series exploring why acts of terror and destruction seem endemic in the human condition. To mark the 40th anniversary of The Universal Declaration of Human Rights in 1988, Rex Bloomstein conceived and produced a new series for the BBC called Prisoners of Conscience. This featured the stories of individual prisoners from around the world. The series ran for five years. Human Rights, Human Wrongs, a week of 10-minute programmes, evolved from this and appeared annually for a further 5 years.

In 2008, his second feature documentary, An Independent Mind, examined the fundamental right of freedom of expression. The film won the Human Rights Award at the Biografilm Festival as well as featuring at over 20 international screenings and festivals. This led in 2010 to his third feature documentary, This Prison Where I Live, a film which campaigned against the 59-year prison sentence imposed on Zarganar, Burma’s most prominent comedian. It was awarded the Student Jury Special Prize at the International Human Rights Film Festival of Paris in March 2011 and was shown at screenings and film festivals in over 20 countries. Zarganar is now free.