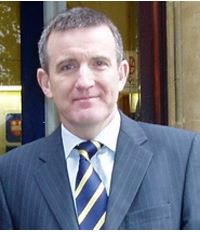 I retired from the Derbyshire Constabulary in 1991 and have over 37 years’ experience in policing and security, spending the last 16 years working at Executive level as a Chief Officer in two East Midlands forces and nationally representing the police service in England and Wales as the first policing national coordinator for serious and organised crime. I was an operational detective at all ranks and investigated numerous homicides, all types of serious and organised crime and cases of serious police corruption – additionally I was an advisor to many forces and national agencies on their own serious investigations.  Through my work as a senior investigator, I have been asked to carry out many external reviews and investigations, working with several other forces, the Independent Police Complaints Commission, HM Revenue and Customs, HM Inspectorate of Constabulary, the Criminal Cases Review Commission, the National Crime Agency, MI5 and several government departments.

From 2007 to 2017, I was the Chief Constable of the Derbyshire Constabulary, a force recently assessed by HMIC as one of the top 5 forces in the country.  In addition to my local force responsibilities, I personally led and developed the largest single multi-agency and multi-police force collaboration in the country with the East Midlands Special Operations Unit (EMSOU), a 2000 strong unit providing specialist resources in counter terrorism, organised crime, homicide, intelligence, forensics and covert policing to the 5 forces of the East Midlands.  In addition, I led the work replicating this collaborative approach across the whole country, creating a series of multi force and multi-agency Regional Organised Crime Units.

In addition to my role as Chief Constable, I was the national policing lead for several areas of business including serious and organised crime, undercover and covert policing, financial investigation and money laundering, the confiscation of criminal assets and investigative interviewing. I have been lucky enough to work at the highest level with Secretaries of State, Ministers, national and international agencies and I have been a regular public speaker for many years.

My first degree was in History and Economics at Manchester university, and in 1991/2 whilst a serving Detective Sergeant, I completed a Master’s Degree in Criminology at Leicester University.  I have long supported and developed links between academia and policing and have visiting positions here at Leicester, at Derby University and at Liverpool John Moore University.  I have been engaged in numerous police and University research programmes including current work with the Home Office, policing and partner agencies.  In addition to my visiting roles I also deliver lectures to Birkbeck College in London and I am a senior visiting fellow at the Royal United Services Institute (RUSI).  In retirement I have continued to work with some private companies, the Home Office, policing in general, the Metropolitan Police service, the Ministry of Defence and others, and have provided support to the Columbian and Qatar governments.