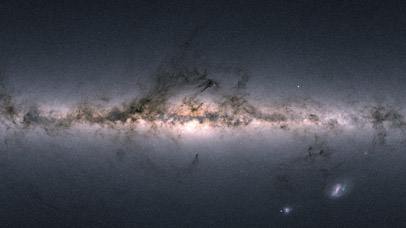 White dwarfs are the end products of the life cycles of more than 90% of all stars. This makes them important laboratories for studying stellar evolution and the behaviour of matter at extremes of temperature and density. There is growing evidence that many white dwarfs are swallowing up debris from, now destroyed, planetary systems. Measuring the abundance of this material in the atmospheres of the white dwarfs can tell us about the composition of these planets. However, we first need to understand the evolution of white dwarfs, including the composition of their atmospheres. We are using data from a variety of space missions and telescopes to study the population of white dwarfs to provide this insight.

The data we use are drawn from several observational programmes and consist of spectra and images drawn from the ESA Gaia mission, Hubble Space Telescope (HST) and ground-based telescopes. There is also a theoretical element to our work, using the University’s ALICE supercomputer to simulate stellar atmospheres, for comparison with the data.

We are closely involved in the European Space Agency Gaia mission. Launched in December 2013, the satellite is carrying out a detailed survey of the entire visible galaxy to measure the positions, space motion and distances of approximately 1 billion stars. Data release 2, including as many as 500,000 white dwarfs. Combined with follow-up data from other surveys and ground-based spectroscopy, the Gaia data will allow us to obtain measurements of masses and radii with unprecedented accuracy, search for hidden stellar/exoplanet companions and search for the elusive progenitors of type Ia supernova explosions.

Measurement of the abundances of carbon and silicon in a large sample of white dwarfs shows that in all cases carbon is depleted, indicating that the material has a rocky origin – similar to that of asteroids. A likely explanation is that this material is collected from extra-solar planetary debris and then retained in the hot white dwarf’s envelope by the force of radiation. We now need to test this by adapting the atmospheric modelling computer programme to include these physical processes.

Recently, we have shown that high spectral resolution and signal-to-noise spectra of a single hot white dwarfs can be used to measure potential changes in the value of the fundamental physical constants, such as the fine structure constant and electron/proton mass ratio, in a strong gravitational field.  The accuracy of the technique is limited by how well we know the wavelengths of atomic absorption features in the spectrum. We are currently acquiring improved atomic data and are obtaining more high quality spectra of other stars to continue this work.