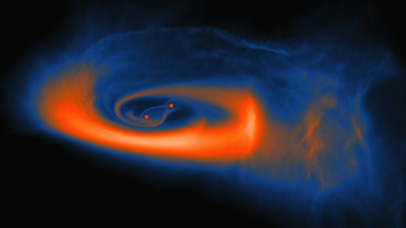 On the smallest scales, close binary systems containing black holes offer a highly tractable route to studying accretion processes such as disc formation and stability. However, it is also important to understand the long-term evolution of these binaries themselves, and the standard and ultraluminous (ULX) X-ray populations of other galaxies. Similarly, astronomers want to understand how accretion onto supermassive black holes (SMBH) powers active galactic nuclei (AGN)

However, they also wish to know how these objects fit into the general picture of galaxy structure and formation, as clearly signalled by the observed relation between central SMBH mass and velocity spread of the stars in the host galaxy. Tidal disruption events (TDEs) provide one of the few direct probes of SMBHs, and offer detailed insight into the centres of distant galaxies. Gamma-ray bursts (GRBs) offer another example of a transient phenomenon where the study of accretion processes is closely linked to understanding the host galaxy, and stellar and binary evolution within it.