Her Majesty The Queen visited the University of Leicester on two separate occasions, most recently in 2008 to officially open the award-winning David Wilson Library, accompanied by HRH The Duke of Edinburgh. And in 1958, on her first official visit to Leicester, The Queen and The Duke visited the University to officially open the Percy Gee Building. 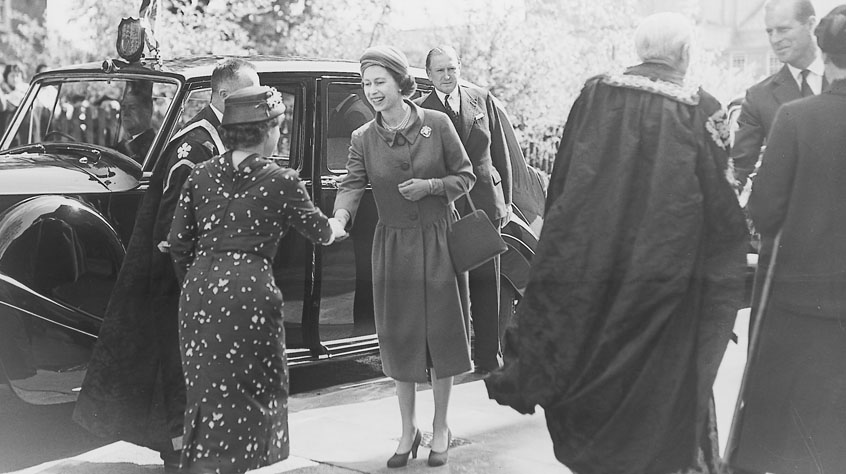 Information about this image