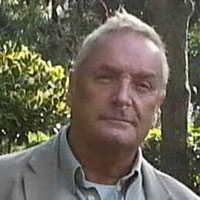 Graham completed his BA Sociology degree in 1973. After contributing in both the public and private sectors at policy, strategy and operational levels in HR, he has now retired as a Chief Executive.

Why did you choose to study Sociology at the University of Leicester?

I swapped to Sociology after one term of Geography which I found too mathematical. Sociology, after just one term, was new to me and opened up a whole new world of understanding of human behaviour based on scientific approaches rather than opinionated literary/history courses.

How has studying Sociology influenced your career choice?

It's underpinned every one of my career choices. Explicitly, when I first started in public sector roles helping unemployed young people and their future choices; implicitly, when I later moved into organisational management and development in private and privatised sectors. One of the greatest career delights was discovering, when I took an MBA, that other than some technical elements much of this qualification was fundamentally social science in scope.

How has Sociology shaped your view of everyday life?

Again, it's underpinned (consciously and unconsciously) every aspect of my life. It's helped me to choose to assess and analyse people, events, challenges, social situations, work situations, etc. from an almost third party/disassociated position when I've wanted or needed to. This can help you understand what's going on in your life, your work career and events all around us. Understanding the how and why of what's practically going on around you is half the battle! For example, in my later career I often found myself being selected to chair meetings of every description - I believe because, deep down, sociology provided me with the ability to adopt an objective, dispassionate, scientifically disciplined approach to addressing matters. At another level, my view of major global matters which impact on all of us has been greatly influenced by empirical and theoretical sociology e.g religion, but also using basic Marxist economic notions to shed light on current affairs.

What advice would you give to anyone considering studying Sociology?

Go to University of Leicester! I was fortunate enough to have Professor Eric Dunning as my first year tutor, Professor Olive Banks giving us exam tips, Professor Ilya Neustadt as a second year seminar tutor, and even saw little old Norbert Elias walking around the place! Some of these giants are no longer with us but their legacy clearly lives on.