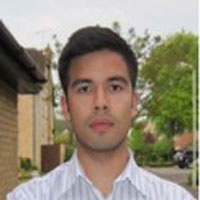 So far I have had experiences in the public and private sector, in communications mostly. I kept an open mind after graduation as I wanted to sample different industries before choosing my favourite.

My first post graduation job experience was as an intern, marketing for a charity in my home county. During the interview process, they were more interested in what I offered apart from academic skills - I recommend picking up work experience during summer vacations. What I enjoyed most from the internship was the creative writing aspect; I wrote press releases and collaborated with local newspapers to promote the charity and its events.

When the internship finished, I wanted to enhance my online marketing knowledge and I joined the burgeoning LGIP scheme at Leicester. Support was always available and it was interesting to see how the 'other side' works after spending three years previously as a student. In the autumn of 2011, I was selected to represent the Government and travelled around East Anglia, consulting future University students about finances in the wake of the increased tuition fees. I enjoyed answering queries about student life and new finance plans.

Finally, when that contract ended I found my first full time job working in Public Relations, part of a very exciting start-up where we look after 15 UK and US based clients. During the interview process, to my surprise I debated scientific falsification with my future boss which I had studied during my third year and something I thought would never see the light of day again!