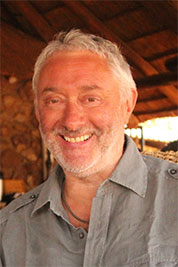 Tim went to Leicester University in 1976 to study for a Combined Arts degree and graduated with a 2:1 in 1979. Tim thoroughly enjoyed his time at Leicester, both the University and the City, and recognised that he left with much more than just a qualification. While signing up for his degree course in music he met his lifelong best friend James (Jim) Stewart. Tim was a proficient pianist, and also played the cello and trombone. About ten years ago he and Jim visited Leicester to see their old haunts and this rekindled his interest in the University. He became involved with the Alumni and was a keen supporter of the Student Opportunities Fund.

Tim's funeral was on Friday 5 April at 1.00pm at the Cambridge Crematorium. It is the family's wish that any gifts received in memory of Tim will go to the Student Opportunities Fund, a cause very close to his heart.