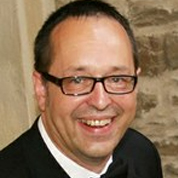 Tributes have been paid to a Leicester graduate who was renowned in the field of youth studies in the UK and beyond.

Professor Andy Furlong, who died on Monday 30 January 2017 at the age of 60, was a leader for the discipline and an academic whose drive and commitment to understanding the problems of youth brought many colleagues along with him. He was the founder and Editor-in-Chief of the Journal of Youth Studies, a journal he developed from humble origins to being the leading journal in the field.

He held academic posts at the Universities of Edinburgh and Strathclyde before joining the Sociology Department at the University of Glasgow, where he established the Youth, Education and Employment Research Unit and also became Head of the Department, creating a collegiate and productive environment in which Sociology thrived. Following an internal move to the Department of Management, where he was Professor of Sociology, Andy was subsequently appointed as Professor of Social Inclusion and Education in the Department of Education at Glasgow in recognition of his broader work on social class and social inclusion. In 2014 he was appointed Dean of Research in the College of Social Sciences.

Andy had long and deep connections with the University of Leicester. He studied sociology here, obtained his PhD from here under the supervision of Professor David Ashton and was also awarded a DLitt by Leicester in 2012. He served as the external examiner for a number of degrees offered by the Centre for Labour Market Studies and he was a long-term research collaborator with John Goodwin and Henrietta O’Connor.

David said: “Andy attended Leicester University in the 1980s after leaving school at 16 and experiencing of a series of unskilled jobs in Liverpool.  He came as a married “mature” student who shone as an undergraduate. I came to know him well as the supervisor of his PhD.  It was typical of Andy that he succeeded in finishing his PHD well within the three years while also holding down part-time jobs to support his family. His studentship was linked to a Department of Employment financed research project on Young Adults in the Labour Market which examined the labour market experience of the YTS generation.  That PhD provided the springboard from which Andy moved forward to create a reputation as one of the leading, if not the leading authority on the transition from school to work , the youth labour market  and youth studies, both nationally and internationally.

“Andy was an outstanding character. He combined a powerful sociological imagination with a remarkable ability to organise himself and his work and a steely determination to succeed.  He was one of the first doctorate students to graduate from what came to be the Centre for Labour Market Studies and he continued to support the Centre throughout his career, both as an external examiner, informal advisor and research collaborator.  It was symptomatic of his continued to commitment to CLMS that at the time of his untimely death he was in the process of publishing, with colleagues from Leicester, a re-analysis of the data from the 1980s study of the young adults in the city.

“He was an excellent sociologist and researcher with his achievements being recognized by the University in 2012 with the award of a D.Litt. He was a product of the Sociology Department of which the University of Leicester can be justly very, very proud.”

John said: “I have known Andy since 1991 and I worked with him closely for the last ten years on various grants and the journal. He has also been a key person in my career – always positive and encouraging, able to offer clear advice and unfailingly supportive whatever the career ‘ups and downs’ you were facing. Andy never refused a request for a reference or letter of support, and I feel sure his reference was one of the key factors in my obtaining a Chair at Leicester. Only recently we had corresponded about the final corrections for our forthcoming book – we could never have known this would be our last exchange. Andy was a friend, a colleague, a counsellor, an advisor and a good man. He was a ‘doer’ he got things done, and his international reputation stands testimony to that. We can rightly celebrate his achievements some other time, but at this moment our thoughts are with his wife Gerda and their children.”

Henrietta said: “We have lost not only an absolutely outstanding scholar but also a trusted and loyal friend and colleague. Andy’s down to earth and unassuming personality belied his exceptional academic reputation and achievements. He has been a huge influence on so many people and was always unswervingly supportive, kind and a truly inspirational role model.  I feel honoured to have worked with him on recent projects and have learnt so much from him.  Our most recent project with Andy, now poignantly appropriate, revisits the field of youth studies where he first started – by looking at the impact of 1980s Youth Training Schemes, the subject of his PhD and the springboard for his remarkable career. Like so many others I will miss him immensely and it is impossible to imagine the world of youth studies without him being part of it. Andy Furlong’s legacy will be long-lasting and we look forward to celebrating his life as the leading scholar in our field.”

Andy’s first book, Growing up in a Classless Society? School to Work Transitions, published in 1992 introduced new theoretical conceptualisations of youth transitions. The 1997 book, Young People and Social Change: Individualisation and Risk in Late Modernity which he co-authored with Fred Cartmel, remains a highly influential text, used by youth researchers across the world. His subsequent publications have continued to push academics and policy makers to consider youth transitions not as a linear progression from school to education to work, but as a non-linear pathway scattered with blind alleys and dead ends, which young people must navigate.

We are indebted to colleagues at Glasgow for this tribute - you can read the obituary published by the University of Glasgow here.