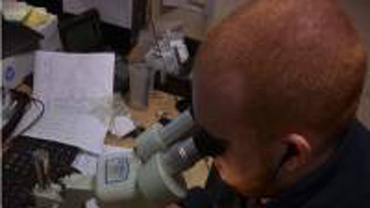 Adam is an environmental archaeologist in the ULAS post-excavation team. His roles primarily involve the study of wood/charcoal and macroscopic plant remains. He earned his BA degree in archaeology in 2017 and obtained his MA in 2018 and is trained in microscopic wood anatomy by Dr Peter Gasson at Kew Gardens in London; studying wood from both temperate and tropical climates. He is mostly interested in the wood environments and plant diets of prehistoric Britain as well as crop husbandry strategies in Medieval Britain. Adam has been a part of ULAS since he started his degree in 2014. In that time he has studied and worked on many of our sites and completed reports for environmental assemblages ranging from the Neolithic to the Post-Medieval periods.