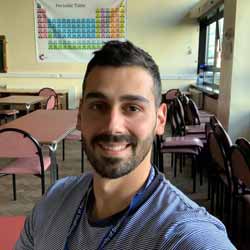 Dr Kara completed all her studies in Paris. She became Doctor of Pharmacy in 2014. During this time, she completed her Masters 1 and 2 in Drug Design and New Therapeutic Targets and her training in “Institut Curie” and the laboratory of Drug Design and Therapeutic Targets at the University of Pharmacy in Paris, and her PhD in the same laboratory. Dr Kara completed her PhD in biochemistry and structural biology in 2019. During her PhD, she was mostly working by NMR technique to analyse the interaction between a viral protein of the HIV and a human protein (UNG2), in order to test molecules that can inhibit this interaction to disturb the replication of HIV. After her PhD, Dr Kara came to Leicester to start her first postdoc in LISCB as part of Cyril Dominguez group. During her postdoc, she will be analysing interactions between splicing proteins and pre-mRNAs using NMR and other binding assays. 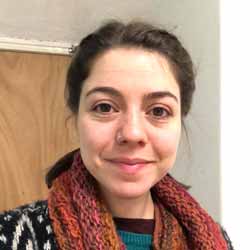 Dr Santana Vega is a postgraduate research associate at the James Watt School of Engineering at the University of Glasgow. Originally from Spain, she completed her undergraduate studies in Chemistry at the Complutense University of Madrid. She then received a scholarship to continue her studies in France, where she obtained a master’s degree Summa Cum Laude in Nanophotonics from the École normale supérieure Paris-Saclay. She arrived in the UK in 2015 to work with Dr Fabio Cucinotta at Newcastle University, where she earned her PhD in materials chemistry and photophysics. Her work in Glasgow focusses on nano-scale surface engineering and plasmonics. 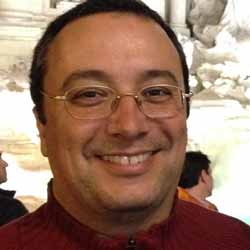 Carlos J. Bueno-Alejo got his PhD in organic pharmaceutical chemistry in 2009 in the Polytechnic University of Valencia working in the study of the interaction of the NSAID flurbiprofen with proteins by Laser Flash Photolysis and other spectroscopic and analytical techniques. As the first postdoctoral position he joined the group of Professor Juan C. Scaiano in University of Ottawa in 2010 where he worked in different fields such as the use of the plasmon band of nanoparticles for catalysis, laser ablation of nanoparticles using laser drop technique and interaction of nanoparticles with proteins. Afterwards, he spent 4 months in the group of Professor Ramon Martinez in Valencia working in self-assembling synthesis of mesoporous materials and their use for drug delivery and in February 2013 he joined the group of Professor Silvia Costa in the Centro de Química Estructural in Instituto Técnico de Lisboa where he worked in the synthesis and characterization of hybrid materials of graphene, metal nanoparticles and fluorescence dyes. From there he went to the University of Zaragoza where he worked in the group of Jesus Santamaria in the synthesis and use of nanomaterials for photocatalysis in gas and liquid phase. In July 2020 he joined the University of Leicester to work as PDRA in the project slola.