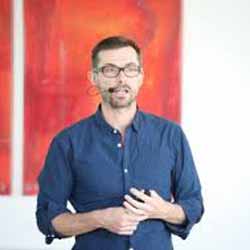 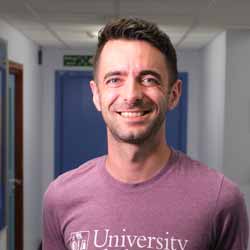 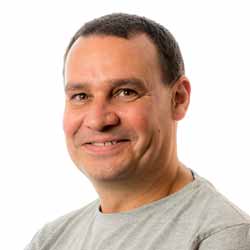 Dr Dominguez is a structural biologist interested mainly in protein-RNA interactions involved in the regulation of alternative splicing. He obtained his BSc and MSc in Biochemistry from the University of Aix-Marseille (France). In 2000, Dr Dominguez moved to the University of Utrecht (The Netherlands) to do a PhD under the supervision of Rob Kaptein, Rolf Boelens and Alexandre Bonvin. During that time, Dr Dominguez developed a novel protein-protein docking software, HADDOCK. After his PhD in 2004, he joined the laboratory of Fred Allain at the ETH Zurich (Switzerland) where he studied the interaction between the splicing factor hnRNP F and G-tract RNAs. In 2010, Dr Dominguez obtained an MRC Career Development Award Fellowship to initiate his own research programme at the University of Leicester. His research focused on i) the interaction between the splicing factor Sam68 and its target RNA and ii) the role of RNA G-quadruplexes in the regulation of alternative splicing. In 2015, Dr Dominguez became a lecturer at the University of Leicester. 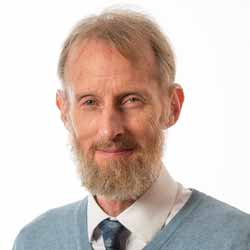 Professor Eperon studied Biochemistry at the University of Bristol, from 1974 to 1977. The department had considerable strengths in enzyme kinetics, crystallography, nucleic acids and bioenergetics, all of which shaped his view of biochemistry as an essentially molecular and quantitative science. Professor Eperon’s PhD research was done with Fred Sanger at the MRC LMB in Cambridge, starting just as he was publishing the dideoxy sequencing method for DNA that would revolutionize biological science. Most modern sequencing methods still rely on the principles of using extension by DNA polymerase from a primer with a defined 5’ terminus, established in Sanger's papers in 1975 and 1977. Professor Eperon worked on cloning and sequencing human, bovine and trypanosome mitochondrial genomes.

Professor Eperon obtained a fellowship in 1981 to work with Joan Steitz at Yale University on the newly-discovered process known as RNA splicing. In 1984, he was appointed as a lecturer in Leicester. This was followed later by appointments as a Reader and then Professor of Biochemistry. 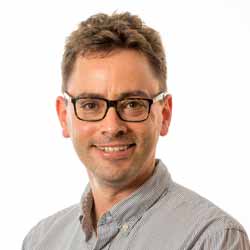 Professor Andrew J. Hudson is a biophysicist with a track record for interdisciplinary collaborative research. He graduated with a first class Bachelor’s degree in Chemistry from the University of Oxford and a PhD in Chemical Physics from the University of Toronto, where he worked with Professor John Polanyi, FRS. AJH has worked for a number of companies in the optical technologies industry, EFOS Inc. (Mississauga, Canada), EXFO Inc. (Mississauga, Canada), and Novx Systems (Richmond Hill, Canada).