Spiral Up and Down 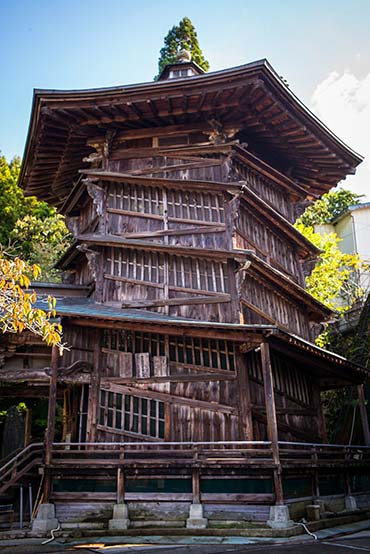 Aizu Sazaedo (Fukushima, Japan) was built in 1796 and was the only architecture of its kind in the world. It has a double spiral structure which allows visitors to finish climbing without returning on the same way. It considerably inspired the unrealised art museum Rasentengakaku by the Japanese artist Takahashi Yuichi in 1881. At the infancy of the Japanese museum system, Takahashi proposed Rasentengakaku to store and display artworks to educate the public. The unique spiral structure created a convenient viewing path that is pursued in similar ways internationally in later periods, such as the Solomon R. Guggenheim Museum.​