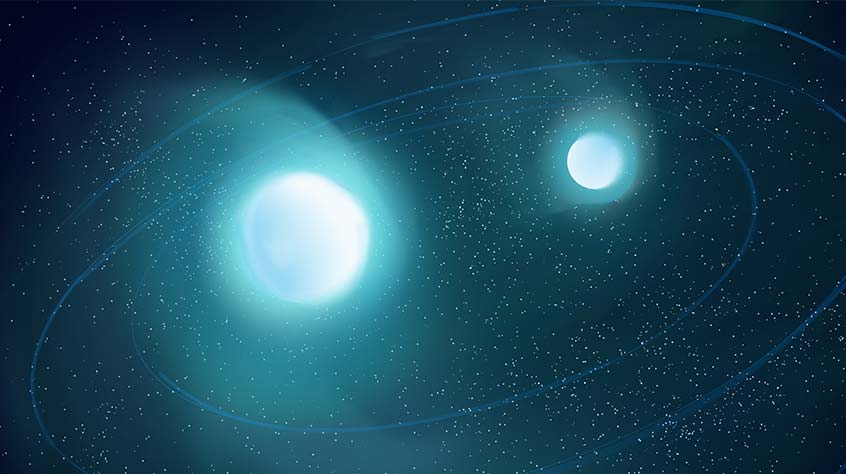 A depiction of a binary neutron star system. The inward spiral of these stellar remnants generates ripples in the fabric of space and time known as gravitational waves. Eventually, the two objects will coalesce to form a single, heavier object known as a stellar mass black hole. This interaction is highly energetic and may lead to the emission of energetic jets of light, known as gamma-ray bursts. The first observed neutron star binary merger to have a joint detection of a gravitational wave (GW170817) and a gamma-ray burst (GRB 170817A) was discovered during the summer of 2017.