That colossal wreck, boundless and bare 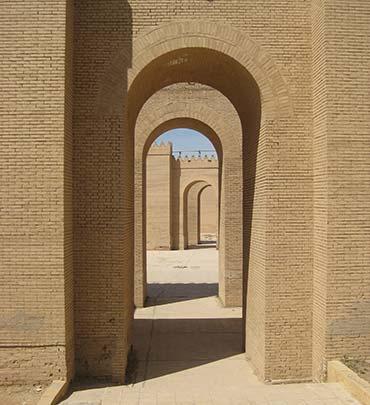 “I am Nebuchadnezzar, King of Babylon”, so begins the inscriptions on bricks built into the walls of the 2,500 year old palace at Babylon. Rebuilt in the 1970s by Saddam Hussein modern bricks now stand atop of ancient. Courtyard leads onto courtyard on a scale comparable to Versailles. The modern reconstructions only hint at the grandeur of ancient Babylon but are equally a part of the site’s history. Researching the changes to Babylon over the recent past is mostly done from the air; with old aerial photographs and satellite images. Visiting the site on the ground was a rare privilege.​ ​​