Based at Nottingham Trent University

Structural studies of key regulators of malaria and trypanosomal infections

Research interests in my group focus on understanding the mechanisms of infection of two parasites: Plasmodium falciparum and Trypanosoma cruzi, which are respectively the causative agents of malaria and Chagas disease.

Malaria infects approximately half a billion people worldwide and kills around 1 million people every year, three quarters of which are children under the age of 5 (WHO, 2016). There is no licensed vaccine and drug resistance has already been reported against artemisinin, currently the only leading therapy for malaria. The malaria projects target cyclic nucleotide binding proteins, protein kinases and other effector proteins, that are crucial for the establishment of the parasite infection and for the transmission to the mosquito. These projects are in collaboration with parasitologist Professor Rita Tewari (University of Nottingham).

Trypanosoma cruzi is endemic in South America, where approximately 10 million people are infected, causing approximately 20,000 deaths every year (WHO, 2016). The current therapies for Chagas disease produce severe side effects and are not effective against the chronic stage of the parasitic infection. The Trypanosoma cruzi projects are in collaboration with Dr Martin Edreira at the University of Buenos Aires and aim to characterise novel T. cruzi proteins, which have been recently shown to play a key role in parasite development from a non-infective to an infective form.

In particular, I am interested in elucidating the molecular details of host-pathogen interactions and in the key mechanisms that are responsible for the establishment of the parasite infection and for the development inside the host. To achieve this, I use a combination of structural and biophysical approaches, which combined with functional and in vivo studies, provide the ideal starting point for structure-guided drug design and a better understanding of parasite biology.

More recently, I have included in my repertoire computational methods, which have allowed me to design and to determine the crystal structure of an engineered variant of the Plasmodium falciparum RH5 protein, which is the leading candidate for the development of a blood-stage malaria vaccine (Campeotto et al., 2017- patent PCT/GB2017/052608).
My aim is to apply a similar approach for the design of immunogens from other human pathogens through collaborations with leading experts. In particular, I am currently designing immunogenic molecules to be used to produce broadly neutralising antibodies against T. cruzi and to develop a Chagas vaccine. This project is in collaboration with Prof. John Kelly (London School of Hygiene and Tropical Medicine, UK), and Prof. Lea Barfod (University of Copenhagen, Denmark). 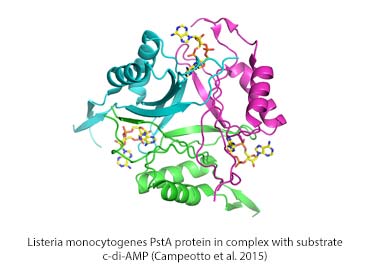 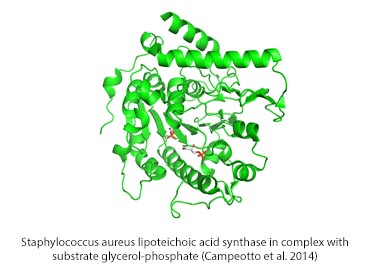