The Centre for Hate Studies 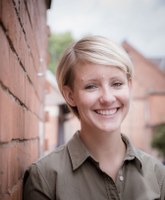 With a BA, MSc and PhD from the University of Leicester, Stevie-Jade Hardy is now the Evidence and Evaluation Lead for Leicestershire’s Police and Crime Commissioner and Violence Reduction Network. She is also a member of the UK Government’s LGBT Advisory Panel.

Spanning six years with the Centre for Hate Studies, Stevie was commissioned to undertake a series of major research and consultancy projects on hate crime involving more than 2,000 hate crime victims. She has specialised in negotiating access to diverse and 'hard to reach' groups, engaging with vulnerable and disempowered groups, and researching sensitive and difficult topics through both qualitative and quantitative methods.  Stevie has an established track record as a trainer in the field of hate studies.

Stevie also spent three years delivering evidence-based training on diversity and hate-related themes to more than 1,000 practitioners and policy-makers within the UK and beyond, and led on creating a new suite of digital training programmes. Stevie has extensive knowledge of government policy and practice from working as a frontline practitioner within the public and voluntary sector, and is regularly invited to participate in national advisory boards and working groups, including the HMICFRS inspection on police responses to hate crime, the CPS working group on trans equality, and the CPS national scrutiny panel on homophobic and transphobic hate crime.