The College EDI Team supports and coordinates EDI activity within the College, ensuring that good practices are shared and embedded across all working areas. We work closely with our staff and students to make sure that our EDI initiatives are shaped by our whole community; through EDI committees, working groups and events. 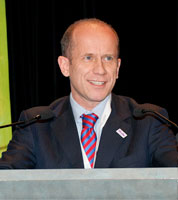 I was appointed as the University’s Professor of Stroke Medicine in 2007, and was Deputy Head (2012 to 2016) and Head of the Department of Cardiovascular Sciences (2016 to 2019). During this time the Department secured an Athena Swan Bronze in 2013 and Silver Award in 2016, established a Working Lives Group, and has supported a Daphne Jackson Fellowship. I was appointed the Head of the College of Life Sciences in 2021, and am also the College EDI Lead.

Surrounded by highly successful women in my personal life, and building on the progress of the Department of Cardiovascular Sciences’ Athena Swan awards, it is a privilege to work with the team delivering the Athena Swan and the wider EDI agenda within the College of Life Sciences. 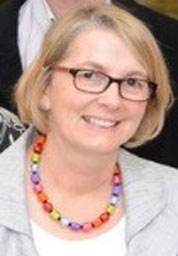 Kate was appointed to the role of Gender Equality Lead in the College in October 2015, she works across the Medical School and Department of Population Health Sciences and was seconded to the role of DPVC for Equality Diversity and Inclusion between 2016-18. Since returning to the College of Life Sciences, Kate has built an Athena Swan Team to draw together our collective Athena Swan activity and application for the College of Life Sciences.

‘I have really enjoyed working with colleagues across the College to advance our gender equality objectives over a number of years. The move from a departmental approach to Athena Swan applications to a more inclusive college wide application is an excellent opportunity to consolidate activity, enhance our cross college working and enable us to build greater and stronger connections. I am hugely enthusiastic about continuing to embed gender equality across all aspects of our work in the College and contribute to the development of a culture that's underpinned by the principles of equality.’ 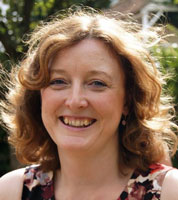 I joined the Department of Cardiovascular Sciences as a postdoctoral researcher in 2011, returning to science after taking a long career break to raise my family.  Alongside my research, I became an active member of the department ‘Working Lives Group’ and increasingly interested in issues of work-life balance, gender equality, diversity and inclusion. When the opportunity arose to work full-time in equalities I moved into a new role, both challenging and interesting. It is encouraging to see the cultural shift in our College towards a more inclusive and supportive environment, through our collaborative work on gender and racial equality and the natural progression towards a broader EDI outlook. 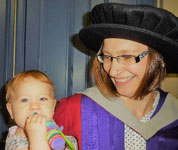 I graduated from my PhD in October 2014 when my first child was 8 months old. My partner is a scientist and we spent many years moving around for his work, living in both Germany and the UK. I therefore have first-hand experience of the struggles of balancing two careers and a family.

Although I was always interested in gender, I became more actively involved in tackling these issues after having my children.

When my children were 1 and 2 years old we were playing doctors. I picked up the stethoscope only to be told by my daughter ‘mummy you can’t be the doctor you’re a girl. F must be the doctor and you are the nurse’. I was shocked at such blatant sexism and the fact that my daughter thought her 1 year old brother was more competent than me! I answered ‘but mummy is a doctor, I went to University, look there is the picture of us on the wall.’ Her response was to laugh and tell me not to be so silly.

After this awakening I suddenly became aware of how my children were subtly being influenced to conform to particular stereotypes. From the clothes they wore to the toys they played with and the TV they watched. (Ever noticed that Dr Ranj is male and Nurse Morag is female?!).

It was this that spurred me into working for the University of Leicester on gender equality issues. My particular interests are providing outreach opportunities, considering how to assist men in being agents of change and researching a range of equalities issues.

I work part-time at the University and spend the rest of my time with my children, and volunteering as a breastfeeding peer supporter. I am a qualified teacher and a director of Mammas Community Interest Company.