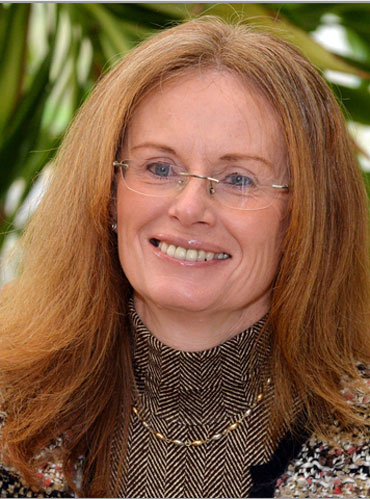 Did you experience any significant barriers / challenges in getting to where you are now? And if so, how did you overcome these?

I think it is true to say that my career has not followed a conventional path. Initially, I wanted to be a vet but didn’t have the right A-Levels so did a first MB in Sheffield including doing remedial maths, but at the end of that first year I decided that I liked medicine and stayed and continued a career in medicine and qualified and initially wanted to be a full time NHS consultant which I did for approximately 10 years, leading significant developments in the clinical service but always having a keen interest in research. I had done an MD at the University of Sheffield. So during my 10 years as an NHS consultant I always continued to have an active research interest, but took quite a drastic decision to move from the NHS to a full time post within the University of Leicester in 2007. There were significant challenges at that time. It was difficult to get an internal promotion, I think Universities are more attracted by bringing in external people rather than nurturing and supporting development of their own team, so I had to work hard with colleagues within the University and the Trust to convince them that this would be a chance worth taking. I also struggled during the early couple of years as a full time academic getting traction with the University culminating in the development of a separate Diabetes Research Centre in 2012, which made a significant difference to the trajectory of success.

Who was the most influential person in getting you where you are now and why?

This is probably my grandmother who lived until she was nearly 100 years old and who was widowed in the Second World War at the age of 23 with two children under the age of 4. She continued to have two jobs and bring up her children during the war and developed incredible resilience, humility and stoicism which has inspired me and has probably helped me develop skills that have helped me progress in my career.

Do you think women face particular challenges in leadership, or are these the same as those experienced by their male colleagues?

I do think that women continue to face particular challenges in leadership. There is no doubt that if you look at the actual data both in STEM subjects or indeed clinical academic medicine there are many women that start as students and graduate in these areas, but the rapid drop off in terms of career progression and the numbers of women in the top and most senior roles do not reflect the numbers of people starting. I think this relates to a number of complex issues and certainly things like Athena SWAN which Dame Sally Davies, the previous CMO have really driven and presented opportunities for women in clinical academic medicine, and I think whilst undoubtedly there are good initiatives both at the University of Leicester and within the NIHR to really challenge and address inequality in opportunity for women, there are still some key problems. There is no doubt that imposter syndrome is commoner in women and I think the other observation I would make having sat on a number of very senior award panels, is that often other senior women sadly do contribute to the continuing inequalities.

What are the most pivotal moments in your life and why?

I think having a family; I have three children, two sons and a daughter. I think managing having a family and your responsibilities as small children grow and grow into young adults, but also as your parents and relatives age, and learning to manage that work life balance. In terms of professional pivotal moments, I think applying and successfully getting the Chair in Diabetes in Medicine in 2007 was a moment I was extremely proud of and then working with Kamlesh Khunti to develop the Diabetes Research Centre and then move into the Leicester Diabetes Centre and build this large team of researchers, which we have now. Overall being awarded a CBE in 2016 was a hugely important moment because I was able to share my professional success with my family.