In 1970, after a number of years at Liverpool University, Olive Banks was appointed as Reader in the Sociology Department at the University of Leicester. Three years later she was awarded a chair, becoming the University’s first female professor.

A graduate of LSE who had left school at 16, Olive concentrated on the new field of sociology of education, publishing her first book in 1955. Her 1965 textbook, simply called The Sociology of Education, cemented her position as an expert in the field and was instrumental in her successful appointment at Leicester.

As well as battling ingrained sexism within academia, Olive found herself pigeonholed into her chosen field and in 1975 made the bold decision to concentrate instead on the history of the burgeoning feminist movement. This led to her acclaimed 1981 work Faces of Feminism.

Olive took early retirement the following year (reducing the number of female professors at Leicester to zero once again). Free of teaching commitments and disciplinary silos, she was able to take a more interdisciplinary approach to her feminist studies, producing important new works including the two-volume Biographical Dictionary of British Feminists 1800-1945. She passed away in 2006. 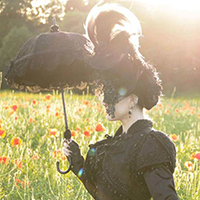 Elizabeth Tooth is a Derbyshire-based portrait artist with an outstanding catalogue of works to her name.  Her work is featured in many public galleries and collections across the world including the UK, France, Iceland, Germany, North America and South Africa - and now the University of Leicester.  She was delighted to be asked to produce a portrait to celebrate the role of women at the University and International Women’s Day - a cause naturally very close to her heart.